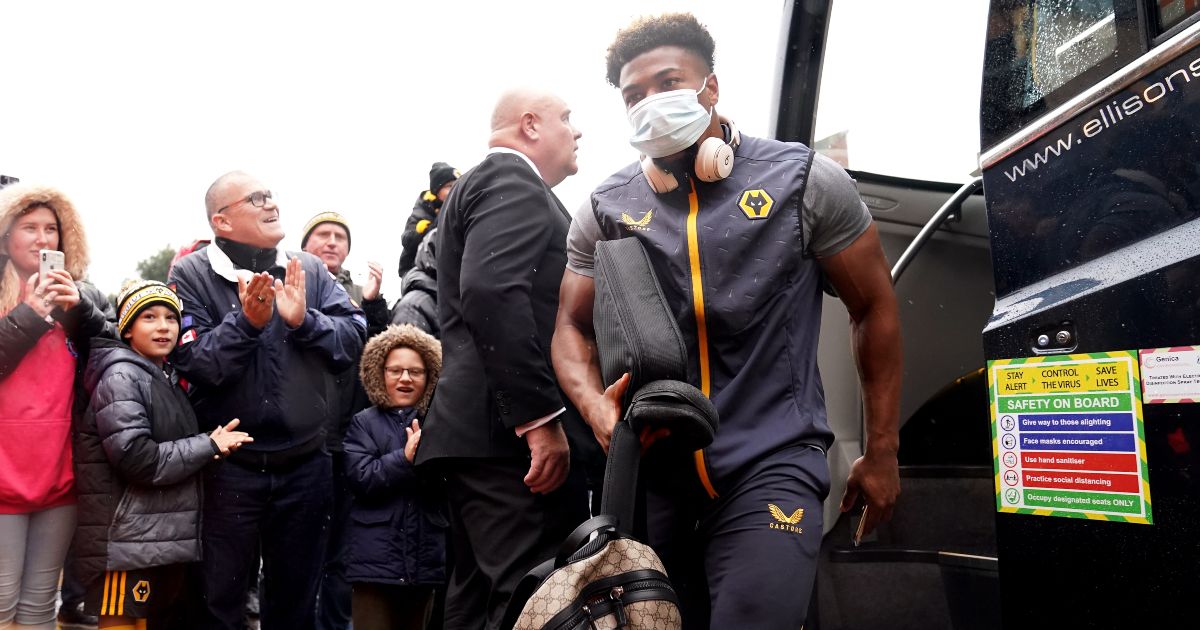 Liverpool could save a huge amount of money if they buy Wolves winger Adama Traore in the January transfer window, according to reports.

Traore has played 12 games for the Molineux club this season, providing zero goal contributions so far, despite remaining a nuisance for opposition defences.

The Spain international started the first five Premier League games of the new campaign – helping his team win once – but has only started two fixtures in the league since.

His best season in a Wolves shirt by far was the 2019/20 season when he scored four goals and contributed another nine assists in the Premier League.

It was that form which saw Liverpool repeatedly linked with a move for the Spaniard with Jurgen Klopp praising him on a couple of occasions.

And now Football Insider insist that the Reds are back ‘on red alert as Wolves prepare to slash the asking price for Adama Traore by an incredible £32m’.

It is understood Liverpool were ‘put off a deal’ last summer over Wolves’ £50m demands, when the Merseysiders were only willing to pay £20-25m.

The report adds that ‘Traore’s price tag is tumbling ahead of the January window and a deal could be done for around £20m, potentially even £18m’.

Wolves are ‘strapped for cash’ while Klopp is ‘keen on a forward signing who can play anywhere across the front line and carry the ball forward, particularly on the counter-attack’.

Earlier this month his manager Bruno Lage insisted he wanted to see more consistency from the 25-year-old, he said: “I want to see what I saw from him in the first three games. I’ve seen that over the last two weeks. I want him more consistent – not just game-by-game, but within each game.

When asked whether Traore’s contract situation is a distraction, he added: “I don’t think so. He has people who work for him on that. Like he said, ‘the best is yet to come’ – I’m very happy with that, so we can see his focus is on the team.”

Speaking to the Wolves Official Website in the same week, Traore said: “You’ve not seen the best of me yet. Absolutely not. In the early part of the season, I had many chances in front of goal, and my main target is working on that.