Liverpool are surely not actually mad enough to go for Grzegorz Krychowiak? It makes no sense. 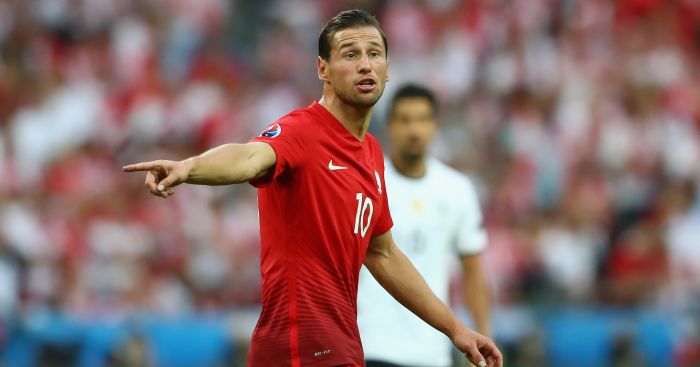 The Reds have made two signings so far this summer, bringing in Naby Keita and Fabinho from RB Leipzig and Monaco respectively.

That fact appears to have passed The Sun by, for Phil Thomas’ exclusive tells us that Krychowiak has been identified as a replacement for Emre Can.

Krychowiak spent last season on loan at West Brom, performing poorly as they finished bottom of the Premier League. Alan Pardew even tried to publicly chastise him.

He also featured at the World Cup in Russia this summer, playing every minute of Poland’s three games as they exited at the group stage.

But Klopp has been sufficiently impressed with a player intent on leaving PSG if more first-team opportunities are not forthcoming.

PSG signed Krychowiak for around £24million in summer 2016. Are Liverpool mad enough to even give them a fraction of that back?