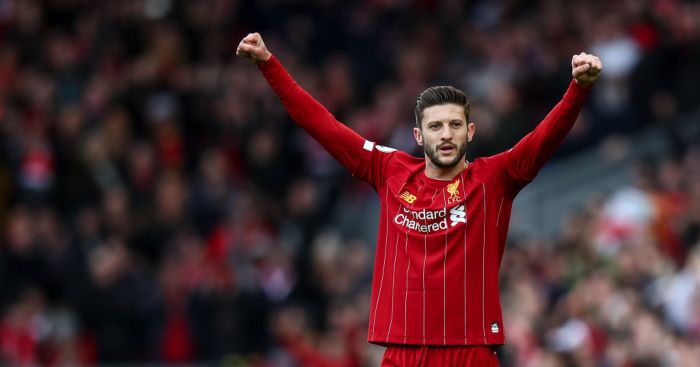 Liverpool have offered Adam Lallana a contract extension until the end of the current Premier League season, according to reports.

Reports  over the last few months have indicated that Liverpool won’t be offering Lallana a new contract and there have been rumours that Leicester City could come in for him with Brendan Rodgers understood to consider Lallana a ‘perfect fit’.

However, with the season now restarting on June 17, Melissa Reddy in The Independent claims that Liverpool want to ‘extend his contract until the end of the season’ with ‘talks at an advanced stage’.

Jurgen Klopp and the club’s hierarchy ‘have informed the midfielder of their desire to see him remain at Anfield’ as Liverpool look to wrap up their first title in 30 years.

Lallana has been ‘influential to creating a culture of excellence in the dressing room’ and Klopp doesn’t want to lose that in the Premier League run-in.

It is also understood that ‘Lallana has suggested a reduced financial package during the talks for him to stay’.