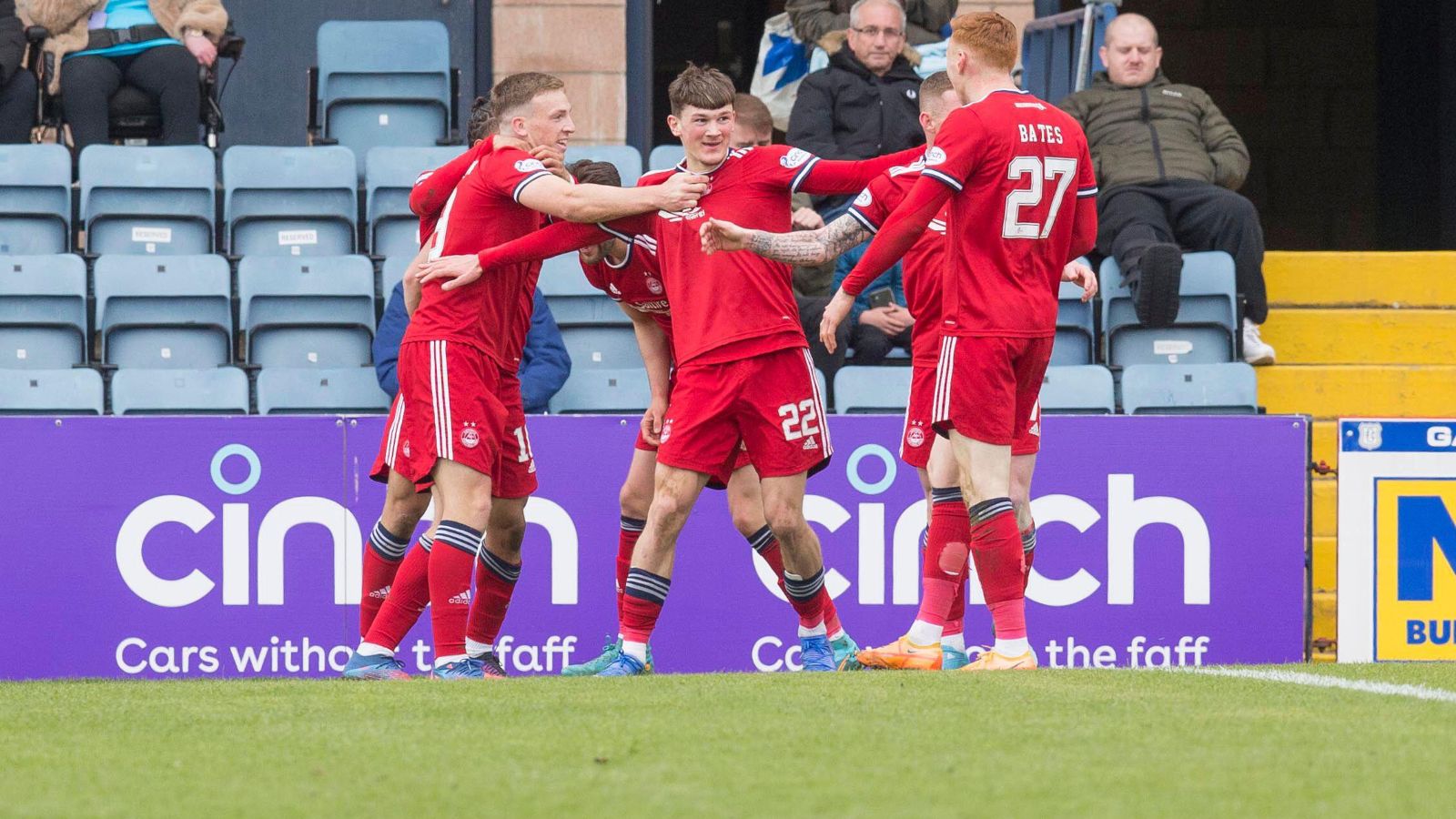 According to reports, Liverpool have ‘agreed a fee worth £4m’ for Aberdeen full-back Calvin Ramsay, who is now ‘set to undergo a medical’.

The 18-year-old made his senior debut for Aberdeen during the 2020/21 campaign.

After playing six times across all competitions that term, he has been more of a regular for his boyhood club this season.

Ramsay featured 33 times overall and he has been capped a couple of times at U21 level for Scotland.

It was reported earlier this week that sides in Germany and Italy are interested in Ramsay, but a move to Liverpool is his ‘preferred option’.

Football Insider are now reporting that the Reds are ‘close to securing a full agreement’ for Ramsay.

A fee ‘worth £4m including add-ons’ has been ‘agreed’ between both parties. The clubs are now ‘negotiating the structure of the deal’ and it is claimed that ‘Ramsay will undergo a Liverpool medical in the coming days’.

The forward joined Liverpool for around £34m back in 2016. He has surpassed expectations at Anfield as he has been a key player for Jurgen Klopp.

Mane has netted 120 goals in 269 appearances for the English side. He has helped them win the Premier League, Champions League, FA Cup and Carabao Cup.

The player’s contract expires in 2023 and he is keen to sign for Bayern Munich this summer.

It was reported earlier this week that Munich’s opening offer of £21m plus £4m extra in add-ons was rebuffed by Liverpool.

This package was worth an initial £23.5m. The add-ons were £6.5m and it leant on Munich ‘winning the Champions League, and the Senegal forward lifting the Ballon d’Or, in each of the next three seasons’.

It is added that ‘the nature of the bonuses were deemed laughable by Anfield officials’.

Liverpool’s sporting director – Julian Ward – has reportedly told Bayern Munich that ‘there is no point holding face-to-face talks unless they are prepared to make a serious bid’.

The Reds are understood to be holding out for a fee of £42.5m for Mane.