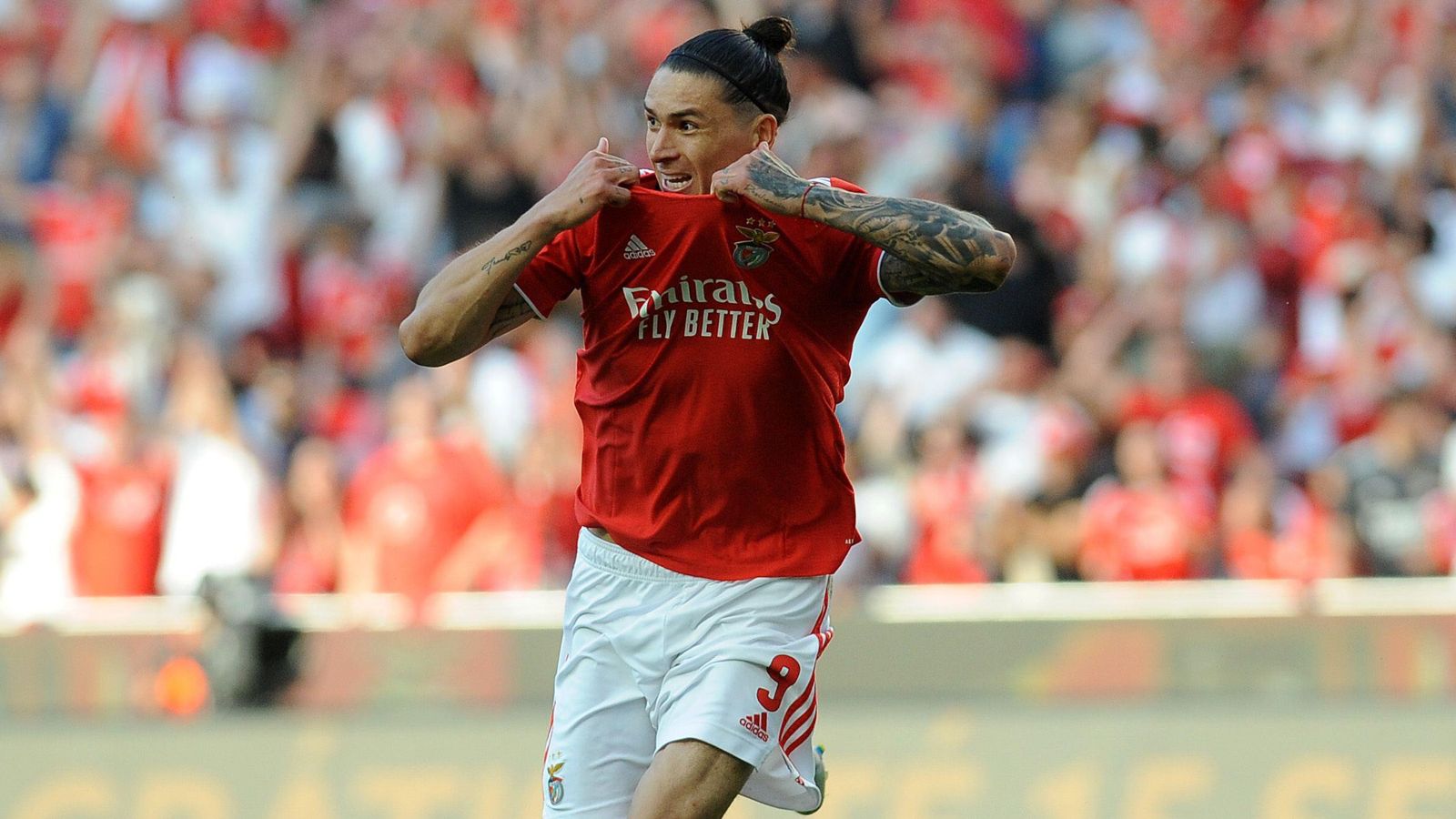 A report on Wednesday revealed that Liverpool had entered talks with the Portuguese club and are preparing a club-record bid for the 22-year-old.

It’s claimed that deal would include a £65m down payment with a further £20m in bonuses, though the details are yet to be ironed out.

Jurgen Klopp – who was effusive in his praise of the Uruguayan after he scored home and away against his side in the Champions League last term – has made the forward his number one target.

And the feeling is said to be mutual, with Nunez reportedly telling Benfica that he ‘only wants a move to Anfield’.

And now The Athletic claims personal terms have been agreed as discussions between the two clubs continue over the structure of the deal.

Benfica bought Nunez from Almeria for £20m in 2020 and the Spanish club would be entitled to 20 per cent of any profit if as expected the attacker moves on this summer.

The 22-year-old scored 34 goals in all competitions in 2021-22 and can play on the left, but is more likely to take on the central role given Luis Diaz’s excellent form on the wing having arrived in January.

Nunez can act as a more traditional striker or a deeper false nine, making him the ‘perfect fit’ for Klopp’s side.

The striker impressed Klopp and his staff when he scored against Liverpool both home and away in their Champions League quarter-final.

Prior to April’s 3-3 draw at Anfield, Klopp said: “Extremely good looking boy, huh? And a decent player as well. Really good. I knew before, of course, but he played pretty much in front of me with his tough battles with Ibrahima Konate.

“He was physically strong, quick, was calm around his finish. I always say in these situations if he is healthy, it’s a big career ahead of him.”