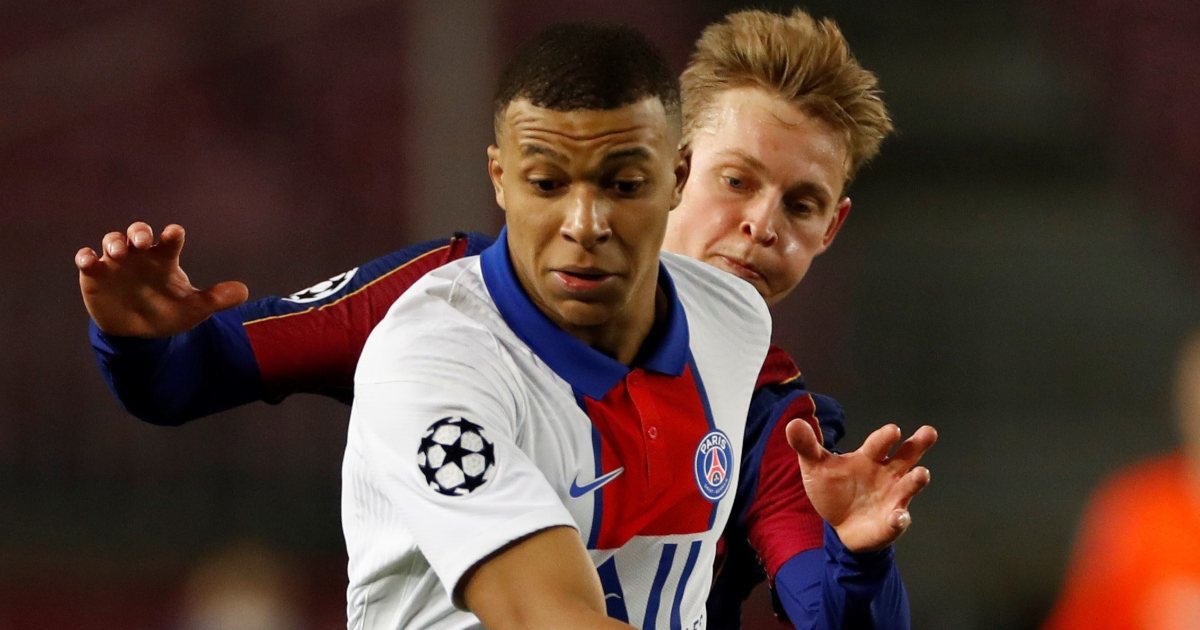 Liverpool are said to be one of four clubs ‘not put off’ by PSG’s valuation of Kylian Mbappe at £174m despite only a year remaining on his contract.

Mbappe – who was once again excellent in Champions League victory over Barcelona this week – is out of contract in 2022 but PSG are seemingly unwilling to sell for a cut-price fee, instead taking a chance on him leaving for nothing next summer.

Le Parisien claims ‘this price does not put off the four clubs on the track to welcome it. They theoretically have the funds or powerful shareholders. But PSG thinks that these predators, because of the financial crisis linked to Covid, will think twice before committing to such a massive operation.’

If Mbappe is the new Ronaldo, who’s the new Messi?

This particular French website might not have been paying attention to the January transfer window, when Liverpool tried to solve their defensive issues on the cheap by spending less than £3m to bring in two centre-halves.

It seems unlikely that they will then spend £174m on a player who will be available on a free transfer next summer, particularly as it has long since been accepted that the Frenchman would prefer to join Real Madrid.

Madrid are one of the other three clubs mentioned, along with Manchester City and Juventus, if Ronaldo leaves the Italian club.

City also seem an unlikely destination for Mbappe as they have never paid more than £64m on any one signing.