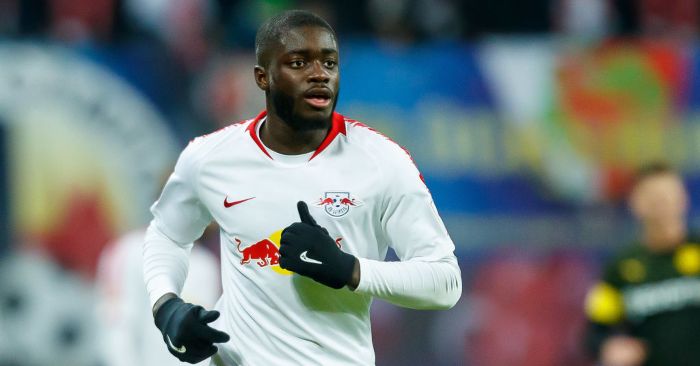 Arsenal and Liverpool target Dayot Upamecano has threatened to submit a transfer request to RB Leipzig if his £55million release clause is not met this summer, according to reports in Germany.

The 21-year-old has become one of Europe’s most sought-after defenders after a stunning season in the Bundesliga and the Gunners reportedly had a bid turned down last summer.

According to German news outlet Sportbild, Upamecano is desperate to take the step to the next level and is prepared to force through a move if his release clause – which decreases each season – is not met.

Arsenal have been heavily linked with a move alongside Liverpool, Tottenham, Bayern Munich and Barcelona.

Gunners boss Mikel Arteta took steps to improve his side’s leaky defence during his first transfer window in charge, bringing in Pablo Mari and Cedric Soares on loan, while William Saliba will arrive this summer after spending 2019/20 back on loan at St. Etienne.