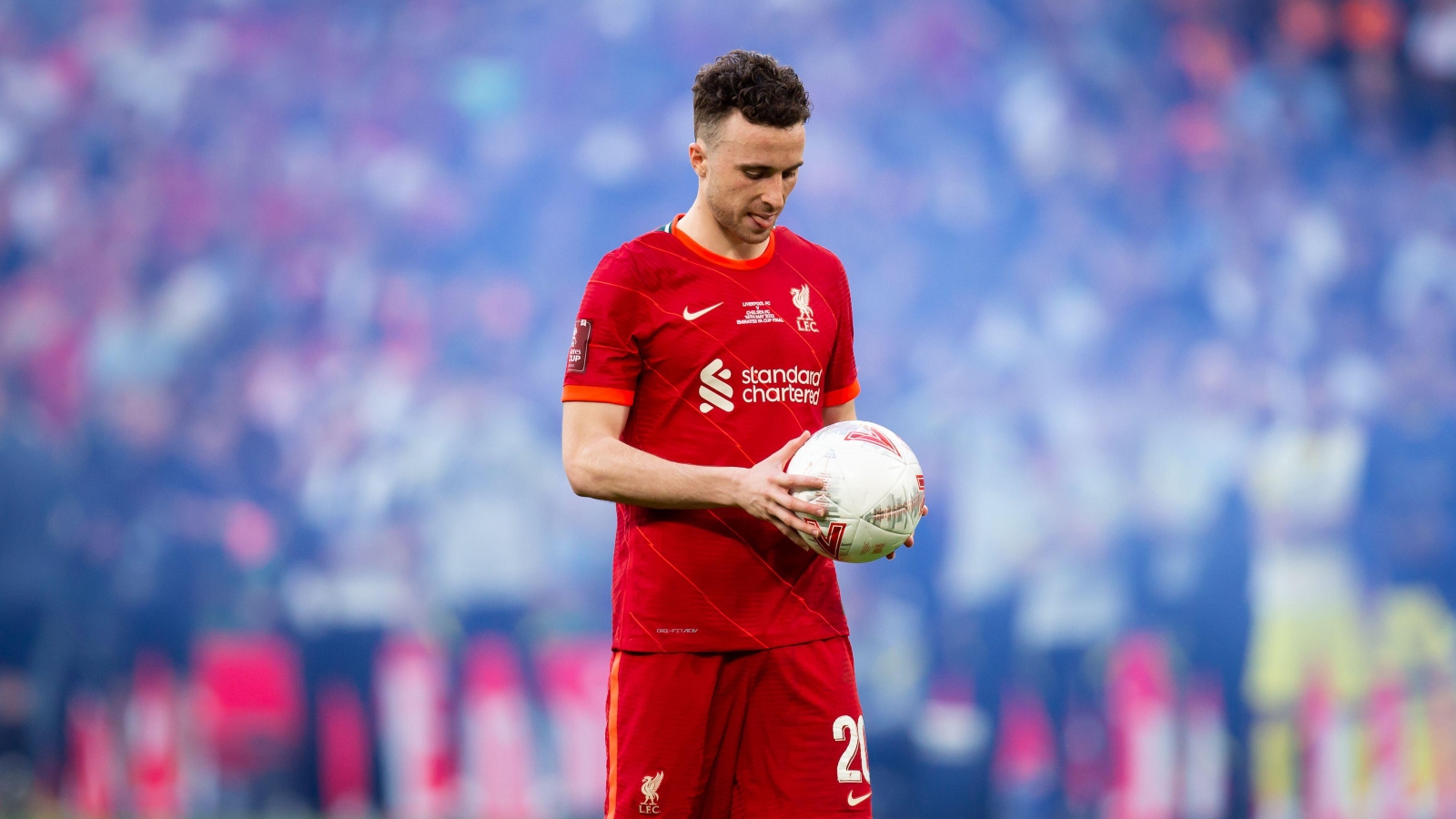 Diogo Jota has penned a new Liverpool contract that will keep him at Anfield until 2027, the Premier League club have announced.

The Portugal international joined the Reds from Wolves for around £40million in 2020 and has scored 34 goals in 85 matches for the Merseyside club.

He was brought in to help bolster Jurgen Klopp’s frontline and has performed very well to establish himself as an important player under the German.

The 25-year-old can operate anywhere across the front three and has often played through the middle with Roberto Firmino struggling with injuries in recent seasons.

On Tuesday, the Reds announced that the former Wolves man has signed a two-year contract extension.

His previous deal was set to run out in 2025, meaning his fresh terms will keep him at Anfield until 2027.

“Well, [I’m] really proud, I have to say,” Jota told the club’s official website. “Obviously since I arrived two years ago I established myself as an important player in this team – that’s what I wanted from the beginning.

“Now, signing a new long-term deal, it’s obviously from the club’s perspective proof of the belief in myself as a player. For me, obviously it’s really good to establish I’ll be here for a while.

Jota has not played any pre-season friendlies due to injury but is raring to go ahead of Liverpool’s Premier League opener against Fulham this weekend.

“Unfortunately for me I had an upset in this pre-season because I got injured [in the] last game of the season playing with Portugal,” the Portuguese forward added. “So I was coming back in this pre-season, I felt it a little bit again. So it will be a few more weeks, I would say.

“When you fight for everything, like we did last year, you just want to do it again and to do it better, because it’s possible.

“That drive is in me and I know it’s in my teammates and all the staff. We have everything to fight for those titles out there.”

Klopp has freshened up his attacking options this summer, bringing in Darwin Nunez from Benfica and Fabio Carvalho from Fulham.

Furthermore, Sadio Mane left to join Bayern Munich a year before becoming a free agent. The Senegalese forward scored 120 goals for Liverpool and won every competitive competition there was to win in England.