Home Mediawatch Liverpool and the ‘spooky’ similarities between Klopp, Shankly 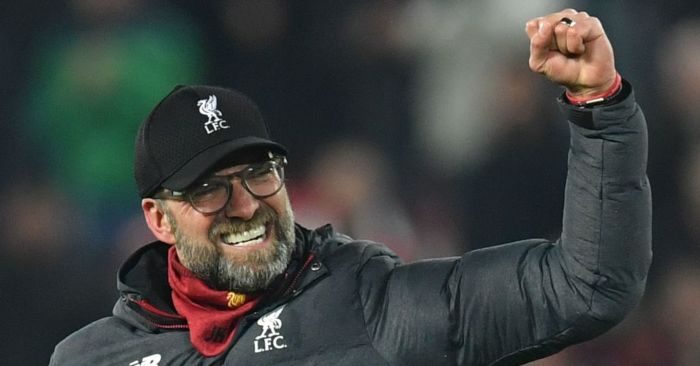 Natural born Kylian
Of all the fresh Kylian Mbappe to Liverpool headlines – thanks so much, BBC Sport – the award for most outrageous must go to Football.London.

Now there’s an alert that Daniel Levy will happily snooze. And Arsenal?

Welcome to the Daily Mirror, where using literally the world’s most spoken language constitutes a ‘secret message’.

Call me maybe
‘It has been claimed former Tottenham boss Mauricio Pochettino is waiting for a call’ – Neil Custis of The Sun in an exclusive outlining how Manchester United will not sack Ole Gunnar Solskjaer this summer.

It certainly has. By you.

Keane to learn
Nothing sells in football media quite like controversy, and nothing is quite as controversial as two people ‘clashing’ and ‘blasting’ in a ‘war of words’. Or something.

So to The Sun, for whom Andrew Dillon is busy manufacturing a storm that neither of the two subjects are interested in.

‘Frank Lampard believes being ‘one of our own’ can hinder as much as help managers.

‘He said: “Frank Lampard has lost eight games, yet for some reason he’s doing all right.

‘”Maybe it is because he is English, I don’t know.”

Except it wasn’t quite that randomly dismissive, was it? His point was to compare Lampard and Solskjaer and suggest that, of these two inexperienced managers at huge clubs, only the former was being given the benefit of the doubt.

Whether you agree or not, he literally said “give him time” with regards to both. For some reason you appear to have missed that bit.

And as for Lampard’s decision to ‘hit out’…

“I think that conversation was so quick that a lot was coming out. Fair play to Roy, I love watching him talk about football because of how passionate he is and to the point. But I don’t think I’ve had any byes for being English – sometimes it feels slightly different.”

Mirror image
Still, at least Dillon does not have the same hearing (or reading) problems as the Daily Mirror‘s Matthew Dunn.

He heard (or read) Keane say: “Frank Lampard has lost eight games, yet for some reason he’s doing all right. Maybe it is because he is English, I don’t know.”

Yet he tells us that Keane said: “Frank Lampard has lost eight games but, for some reason, Frank is doing all right because he is English.”

He also heard (or read) Keane say: “Lampard has lost eight games, but he has all the answers for Chelsea? He hasn’t but give the man time.”

But his loose interpretation was: “Frank’s track record, his CV, he went to Derby, he didn’t get promoted. But Frank has got all the answers for Chelsea…”

And whoever wrote the sub-headline of ‘Lamps blast after Keane says he dodges criticism because he’s an Englishman’? Well who knows what the f*** they heard. Or read.

Spooked
When he isn’t imploring Leicester, whose youngest player this season is 21, to ‘stick with the kids’ because ‘it’ll be a case of Strength Through Adversity…just as my tattoo says’, Stan Collymore is referring to 48-year-old Sean Dyche as ‘still youngish’.

And when he isn’t being weird with ages, the man who always speaks his mind is telling us that ‘the parallels’ between Liverpool legends Bill Shankly and Jurgen Klopp ‘are spooky’.

Why? Because of their ‘humility and normality’ and ‘ability to touch the lives of supporters and star players around them’.

And because they were and are ‘two ordinary men capable of doing extraordinary things’.

But pray tell, Stan. Why does Jurgen have bright white teeth, a cap and glasses?

It’s because ‘it gives everyone, players and fans alike, a feeling of, ‘You know what, he actively wants and is helping us to enjoy this experience’.’ So not because he suffers from myopia and wants healthier teeth.

‘Shankly was a serious man, but he still gave the Anfield faithful the same feeling of enjoyment through the trophies they won. He was all about hard work and the importance of football, while Klopp has portrayed an image of ‘It’s only a game’ and a feeling that he’s just enjoying his way to success.’

They are positively, frightfully similar.

The only thing the article is missing is that picture of Klopp looking up at a cloudy Liverpool sky, asking Shankly: ‘How am I doing, boss?’

How am I doing boss? 1 RT IS ONE RESPECT #lfc #klopp #lfcfamily pic.twitter.com/XX1iqap2zQ

Jack it in
Says Collymore elsewhere:

‘I know I’m biased towards Jack Grealish but the stats don’t lie.

‘For him to become the first English midfielder to register 15 goals/assists since Frank Lampard in 2009/10, in an average to poor team, is a superb effort.’

It absolutely would be. So it is a shame he has seven goals and five assists in the Premier League. Only a fool would count his two goals and an assist in early League Cup games against Crewe and Brighton.

The stats don’t lie. But people who use them might.

Pierre pressure
‘Arsenal will be doomed if Aubameyang seals transfer to Barcelona as they would be BOTTOM of the table without his goals’ – The Sun.

This just in: team would not be doing all that well if they were robbed of their £56m top scorer, prevented from signing a replacement and forced to play every game in the exact same way as before but with ten men.

Next week: Liverpool would be BOTTOM of the table without Alisson’s goalkeeping.

Look north
‘These days, everyone and everything is northward bound’ – Martin Samuel’s opening paragraph, Daily Mail.

Recommended reading of the day
David Squires on Nigel Pearson.

Daniel Taylor on the complexity of modern contracts. (£)