Home All The News Liverpool poised to announce €16.5m signing of ‘first-choice target’ 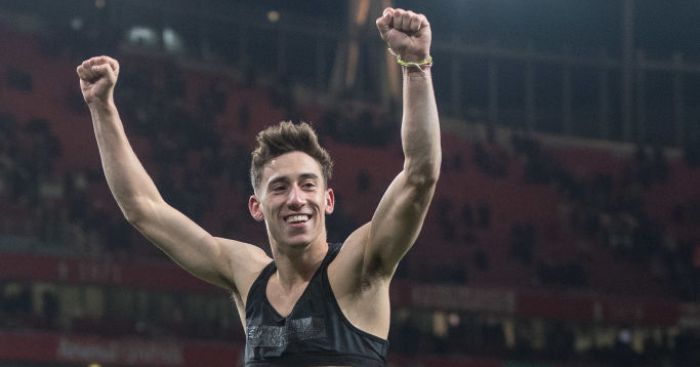 Liverpool have assured Kostas Tsimikas that he was their number one target with the Olympiacos defender set to be announced as the Reds’ first summer signing, according to reports.

Tsimikas has been monitored by Anfield scouts for some time and is thought to suit Klopp’s attacking style of play and he would bolster the German manager’s defensive options in preparation for their attempt to retain the Premier League trophy.

The 24-year-old appeared 20 times in the most recent campaign, assisting five goals as he impressed in the Europa League too as Olympiacos reached the round of 16 by beating Arsenal, before they eventually succumbed to Wolves.

A report in Greek outlet Sportime on Sunday claimed that the Reds had made a bid for the left-back, who will come in to provide back-up to Andy Robertson.

And now an exclusive report from TEAMtalk has revealed that Liverpool ‘are poised to announce the signing’ of Tsimikas and will ‘complete the final formalities of the deal in the next 48 hours after flying to England on Sunday’.

Liverpool have moved to assure Tsimikas that he ‘was their first-choice target this summer’ after reports linked the Merseysiders with a move for Norwich City left-back Jamal Lewis.

However, when it was clear that Norwich ‘were not willing to lower their asking price’ for Lewis, then Liverpool immediately swooped for Tsimikas.

The report adds that ‘an announcement of the transfer now imminent’ and that the deal ‘could be worth up to €16.5m if all add-ons are met’.

TEAMtalk continues: ‘Personal terms have been agreed with the player and his adviser and now all that remains is for both clubs to announce the transfer. Tsimikas is set to be unveiled as a Liverpool player once he has completed a routine medical.’