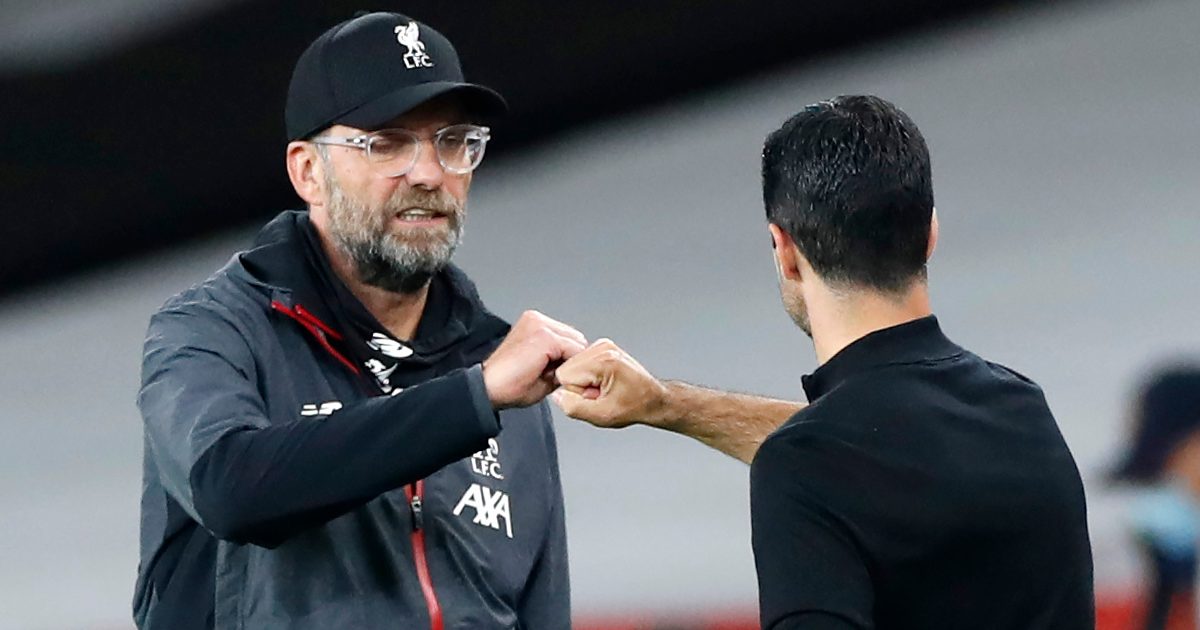 The Premier League returns with a bang this weekend as Arsenal host defending champions Liverpool.

Jurgen Klopp’s men are still chasing a top-four finish and a victory over the Gunners would certainly boost their chances. Kevin Hatchard, Mark O’Haire and Mark Stinchcombe previewed the fixture on the latest edition of Betfair’s Football…Only Bettor podcast.

Mark Stinchcombe shared his thoughts on the game: “I think the key point is how Arsenal are going to approach the game. I think it’s sort of accepted that Arteta’s began to impose a bit more of a style on the team with the likes of Smith Rowe and Odegaard in the number ten position, in order to control the game a bit more.

“That first half against West Ham was a bit of a shambles. There’s no way I could back Arsenal at 3.25. Going back to what I was saying about setting up, in Arteta’s two league meetings against Liverpool they had just seven shots and managed 33% possession. If he’s going to set up the same way, it’s difficult to make a case for backing Arsenal at those prices.

“Against City, when they played in February, they weren’t quite as negative. They had 45% possession and seven shots in that game alone but they created just 0.4 expected goals so really low-quality chances.

“Liverpool look a lot better with some of the players they’ve got back. With Jota, he seems to have re-energised the attack in the last couple of games against Wolves and RB Leipzig.

“Portugal… one of the reasons why their price has come in a little bit is because they’re not solely relying on Cristiano Ronaldo anymore. They’ve got so much fire power in terms of Jota, Felix and Bernardo Silva as well. If Fernando Santos can get the right balance, they could be a dominant force.

“Liverpool’s also got Fabinho back in midfield which I think is massive. But Liverpool haven’t played in three weeks so it’s difficult to know what their fitness is like. The likes of Mane and Salah haven’t gone away so they’ll be well rested.

“I still think that missing the core of the team with Henderson in central midfield and Van Dijk at the back, it just feels like a car without an engine.

“They’ve got all the gimmicks together, these fantastic fullbacks that are almost like wingers. You’ve got Fabinho now back in central midfield. You’ve got a world-class goalkeeper, the strike force speaks for itself. But sometimes I think they don’t know how to start attacks because their missing… Trent is so used to passing to Gomez, for example, or Matip and now they’ve got Kabak.

“If I was having a bet I would be taking Liverpool minus a quarter. I couldn’t back Arsenal at the current prices so that automatically leads me towards Liverpool.”

You can hear more tips and more insight from Kevin and the two Marks on the latest edition of Betfair’s Football…Only Bettorpodcast.