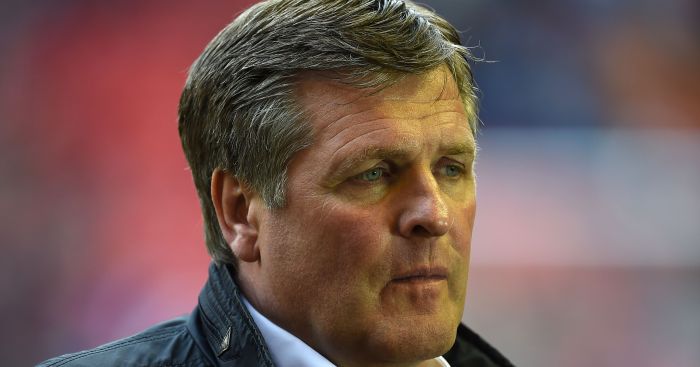 Jan Molby is “confident” Liverpool will beat Manchester City on New Year’s Eve as Pep Guardiola’s side won’t like the tempo of the game.

The Reds are sitting in second place and will be looking to close the six point gap on leaders Chelsea, while City are third and one point behind Jurgen Klopp’s men.

Molby insists Liverpool “can get at City” during their clash at Anfield and expects the Reds to come out on top.

“I’m pretty confident because Liverpool at the moment are everything Manchester City don’t like,” Molby told the Liverpool Echo.

“I think Manchester City are a team you can get at and Jurgen Klopp will be looking forward to it.

“Sometimes you play top teams and Chelsea at the moment you’d go ‘woah, what a big game that will be’. It’s difficult to get at them but you can get at City, they will play their own game and won’t change anything to suit the opposition.

“There will be a real opportunity to harass them and get at them. I think the tempo at which Liverpool will do things will be too much for them.

“As we end the year, it feels like Liverpool are building towards something big. How big, nobody knows, but everything is heading in the right direction.

“Everybody is pretty sure about most things Klopp does, it’s just a case of what is the end product, how successful it will all be in the end.”