Home Liverpool Liverpool are ‘the best team in the world’ – Carragher 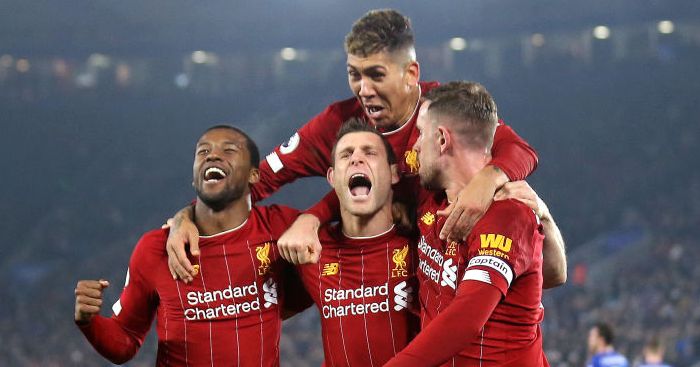 Jamie Carragher admits he did not think Liverpool’s improvement under Jurgen Klopp was possible.

The Reds moved 16 points clear at the top of the Premier League table thanks to Roberto Firmino’s first half-strike which secured a 1-0 win over Spurs – about which you can read 16 Conclusions – extending their unbeaten record to 38 league games.

In amassing an astonishing 61 points from a possible 63 over the first 21 matches of the campaign, Liverpool have now made the best-ever start to a top-flight season in any of Europe’s top five leagues.

Carragher has hailed the evolution of the Reds under the tutelage of Klopp from “edge of the seat football to consistent brilliance”.

“They always do enough in games and in the big games they are at their best, although maybe not today,” Carragher told Sky Sports after the win over Jose Mourinho’s side.

“We knew Klopp was a top manager but I didn’t think this development of the team over several years was possible.

“To get to this stage they are the best team in the world.”

Carragher was also keen to stress how, unlike big-spending teams around them, Klopp has turned Liverpool into world beaters by not always splashing out on the game’s most expensive players.

“It’s not that Liverpool are just buying players with this special ability that nobody else sees these players,” the pundit added.

“[Andy] Robertson came from Hull, [Gini] Wijnaldum was relegated with Newcastle, [Mohamed] Salah had been at Chelsea, [Sadio] Mane had been in the Premier League…they are not just going to the best clubs in the world and buying the best players.

“It’s okay buying players but it’s what you do with them. Sometimes we forget that. Once you have that player you have to improve them, and Jurgen Klopp probably doesn’t get enough credit for that, the work he does as a coach.

“Liverpool are not buying superstars, they are making them!”