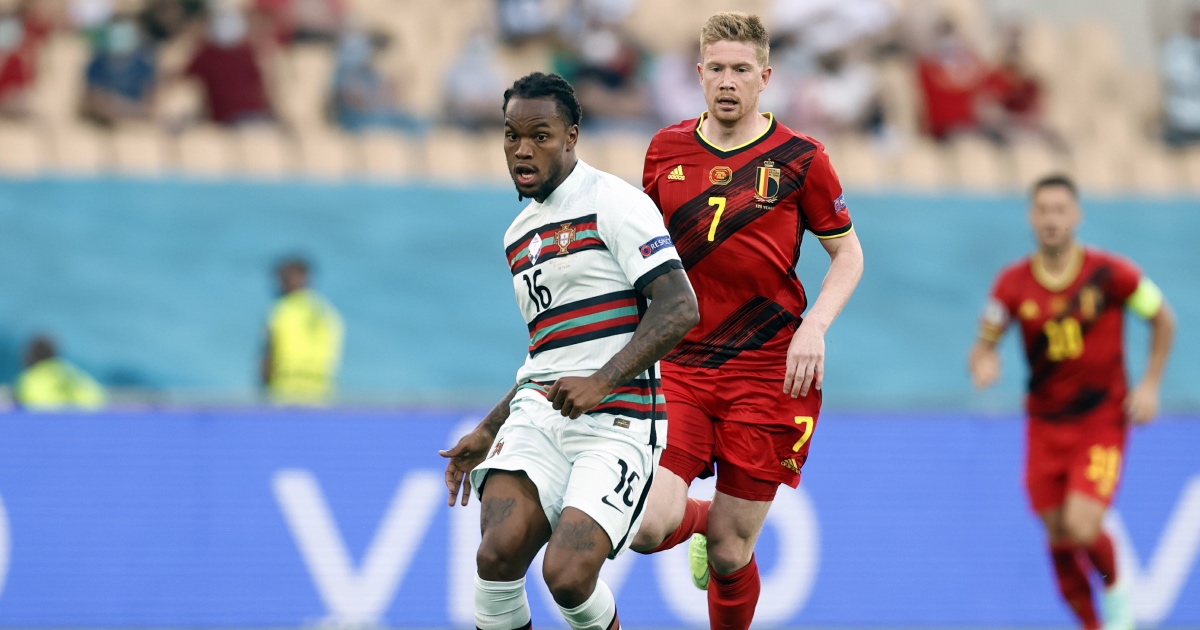 Premier League sides Liverpool and Arsenal are monitoring the situation of Renato Sanches, according to a report.

The Portugal midfielder impressed at Euro 2020 before his country’s exit at the hands of Belgium in the last 16.

Sanches featured in all four of their games and looked composed on the ball, effectively linking defence with attack.

He also showed off his brilliant ball-winning exploits and dribbling talent, helping to push his side further up the pitch.

The 23-year-old is currently contracted with French champions Lille, but it seems that could change this summer.

According to French outlet L’Equipe (via ESPN), Sanches is wanted by Jurgen Klopp’s Liverpool and Mikel Arteta’s Arsenal.

The two sides are thought to be planning offers, which could soon set up an exciting transfer race.

Sanches has previously been touted as a replacement for Gini Wijnaldum at Anfield.

The Dutchman joined Paris Saint-Germain on a free and will be hard to replicate, but it’s believed Sanches has the talent to do just that.

His asking price will have undoubtedly risen during Euro 2020.

Arsenal are also in the market for a new midfielder. Granit Xhaka is close to linking up with Jose Mourinho at Roma, which means a new player needs to be brought in.

Sanches might be the perfect man to play alongside Thomas Partey at the Emirates next term.

They’re also in the running for Anderlecht star Albert Sambi Lokonga, who is an effective deep-lying playmaker.

Sanches’ excellent campaign at Euro 2020 has proven to be a form of vindication on the world stage.

He burst onto the scene five years ago as Portugal won Euro 2016, earning himself a £31.5million move to Bayern Munich.

But Sanches didn’t make it in Germany and also failed to impress while on loan at Swansea.

He was signed by Lille in August 2019 and has gone on to become an integral first team player at the club.

In 2020/21, he made 23 league appearances as Lille ended PSG’s domestic dominance.

Sanches also played four times in the Europa League before they were knocked out by Ajax in the round of 32.