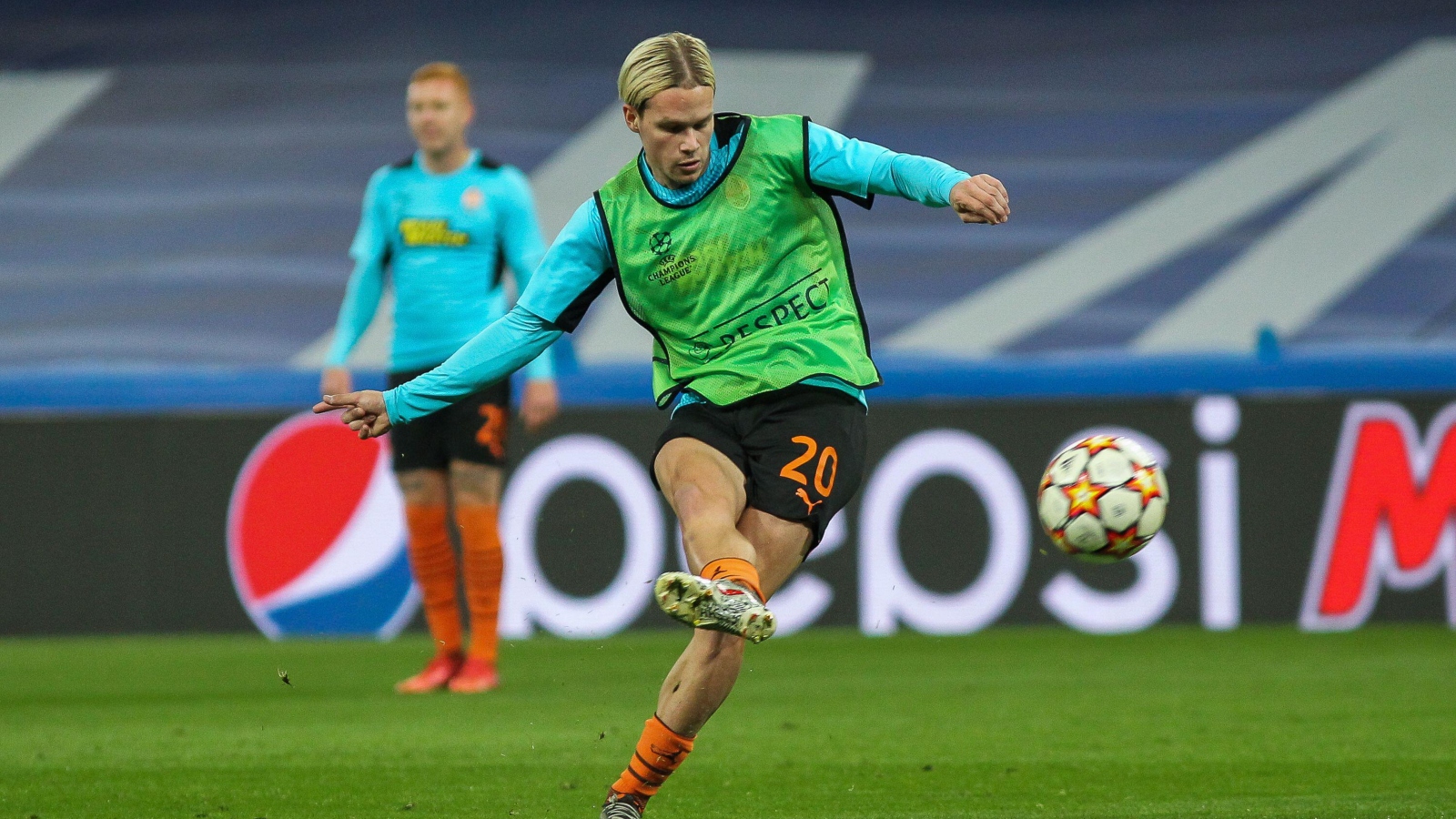 Liverpool and Arsenal are both amongst the clubs reportedly interested in signing Shakhtar Donetsk winger Mykhaylo Mudryk.

The 21-year-old was linked with a move to the Premier League in the summer transfer window.

Brentford and Everton reportedly made an attempt to sign the young winger, while Arsenal were also believed to be interested.

Gunners fans were disappointed to see the club opt not to bring in a new winger following Nicolas Pepe’s loan move to OGC Nice in France.

Teenager Marquinhos will likely feature heavily in the Europa League as a result and made his league debut late on in Sunday’s win against Brentford.

It was said that Shakhtar would be willing to offload Mudryk for around £30million, however, Manchester United’s £85.5m signing of Antony has led the Ukrainian club to believe they can get a lot more for their prized asset.

Speaking earlier this month, Mudryk said he would struggle to turn a move to Arsenal.

“I think every guy dreams about [playing in the] Premier League,” he told CBS Sports.

“Arsenal is a very good team. Very good coach. I like the way they play.

“From my side, I can’t say no (to Arsenal), but a transfer is not only my decision.”

There is a lot of interest in the youngster, with Liverpool now being thrown into the mix by Italian outlet Calciomercato.

It is claimed that the Reds ‘will make an attempt’ to sign Mudryk in the January window.

However, La Liga club Sevilla and Arsenal will do the same.

Mudryk plays in the Champions League with Shakhtar and has already scored twice in the group stage of the competition this term.

While a winter move to Arsenal would likely keep him playing European football, he would feature in the Europa League at best.

Staying at Shakhtar could potentially mean Champions League football, as could a move to Liverpool.

Another youngster who has been linked with a move to Anfield recently is Flamengo midfielder Joao Gomes.

Over the weekend it was reported that Liverpool are keen on signing the 21-year-old.

However, he has since penned a new five-year contract at Flamengo, putting a transfer to Merseyside in doubt.

It has been reported by transfer guru Fabrizio Romano that Liverpool have sent scouts out to watch Gomes.

“Liverpool have monitored Gomes with their scouts as many other top European clubs did, at the moment there’s nothing else to the story, no official bid or negotiation,” he wrote in his Caught Offside column.

“I think he’s a very good player but he needs some steps before being ready for Liverpool level.”

Recently on Instagram, Gomes was asked if he would ever join Liverpool.

He responded: “Liverpool are a team I’d play for. I have the greatest desire to play. Playing in the Champions League is my biggest dream and that of my family, my biggest dream in football.”