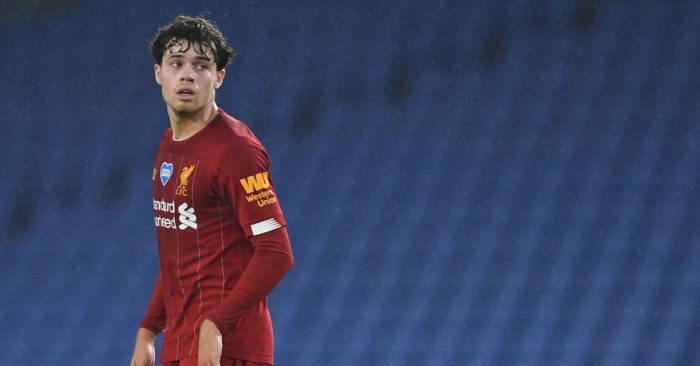 Liverpool assistant boss Pep Lijnders says Neco Williams dealt with the online abuse he received in the wake of the clash against Lincoln “really well”.

Lijnders was speaking to the press ahead of Liverpool’s second game against Arsenal in a week, this time in the Carabao Cup, and revealed how the squad and management team have gathered around Williams to support him.

Lijnders said: “First of all, Neco is a doer, and doers make mistakes. We don’t want safe play, a player who doesn’t take risks. Our game is based on everyone taking the initiative from each position, and that is what we want.

“One of the most important lessons for each young boy who is coming through, each player, is that it is a weakness if you can get caught up in praise and criticism. I think he dealt with it really well, to be honest. We had players speaking with him, we had our manager speaking with him, and it is also a phase he goes through.”

Liverpool host Arsenal again three days on from beating them 3-1 at Anfield in the Premier League, and Lijnders added: “It’s a completely different context in which we are going to play this game, and it’s a proper win or lose, of course.

“What Mikel (Arteta, the Arsenal manager) installed at Arsenal and what all good teams in Europe and in the Premier League have is a clear identity. So with changing players or whatever, it stays the same. They will try to improve, for sure, but that’s the same for us.”