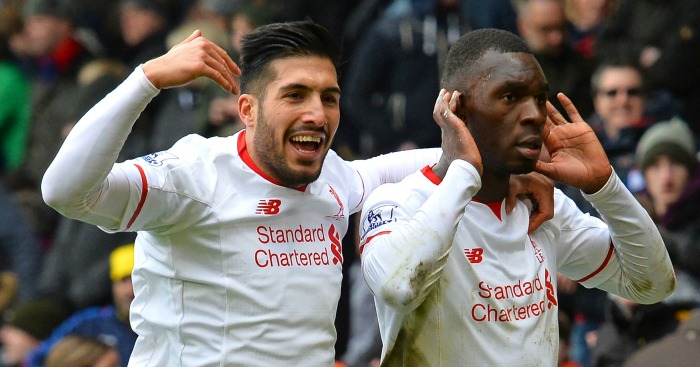 We will have our traditional five-part transfer guide for you after the Championship play-off final, but for now settle for an assessment of each of the Premier League’s bigger clubs. We start with Europa League final losers Liverpool. A big summer for Jurgen Klopp.

Nathaniel Clyne – Not a perfect first season, but plenty enough to suggest that Clyne could still be at Anfield in three years’ time.

Dejan Lovren – Leaps and bounds in the right direction.

Joe Gomez – One of the stars of Liverpool’s early season. Bugger me that feels a long time ago.

Jon Flanagan – No quite the ‘Flani Alves’ some would have you believe, but worth persisting with as he can play on both sides.

Adam Lallana – Divisive even amongst Liverpool supporters, but fits the Klopp mould.

Jordan Henderson – We remain utterly unconvinced by Henderson, who turns 26 next month. Still, he’s the captain.

Philippe Coutinho – Still frustratingly inconsistent, but that frustration is borne out of the knowledge that he can be ruddy sensational.

Emre Can – Not yet completely polished, but he’s only 22 for goodness sake.

Lucas Leiva – Won’t play every game, but if he’s happy to stick around then Klopp should find him a place on the mantelpiece.

Sheyi Ojo – What were you doing at 18? Exactly. Pervert.

Daniel Sturridge – When fit, he’s as good a striker as England have. Just cross those fingers and keep applying PVA glue to his broken bits.

Roberto Firmino – An excellent first season. Improve next year, and Firmino will be worth building the side around.

Divock Origi – Better than you, I and Brendan Rodgers thought he could be by the age of 21.

Simon Mignolet – Hot take: He really isn’t good enough for a side with top-four aspirations.

Adam Bogdan – There are Championship sides who would be releasing Bogdan this summer.

Alberto Moreno – As the great philosopher Jamie Carragher once said: ‘Jurgen, transfer committee, anyone sign a f**king left-back’. Quite.

Martin Skrtel – Remember when he was good? It’s been a while.

Andre Wisdom – Yeah, we’d almost forgotten he was still a Liverpool player too.

Christian Benteke – Not a disastrous first season given the goals Benteke has scored, but if Liverpool can get £25m for a striker they don’t particularly want it would be madness not to take that option.

Mamadou Sakho – Entirely dependent on the result of his pesky little faux pas.

Kolo Toure – Understand the cries to give Toure a new deal, but…36 next year.

Lazar Markovic – We had kind of forgotten about him, but surely it’s worth giving a £20m winger another crack?

Kevin Stewart – Sticking to my suspicion that he’s going to end up as the quiz question answer nobody ever gets.

Joe Allen – Does anybody really know how good he is? Answers on a postcard.

Brad Smith – Because if you’re having to replace half your first team, you don’t want to be replacing all the back-ups too.

Jordon Ibe – I am more convinced than anyone else at F365 Towers. I could well be being too generous. Again.