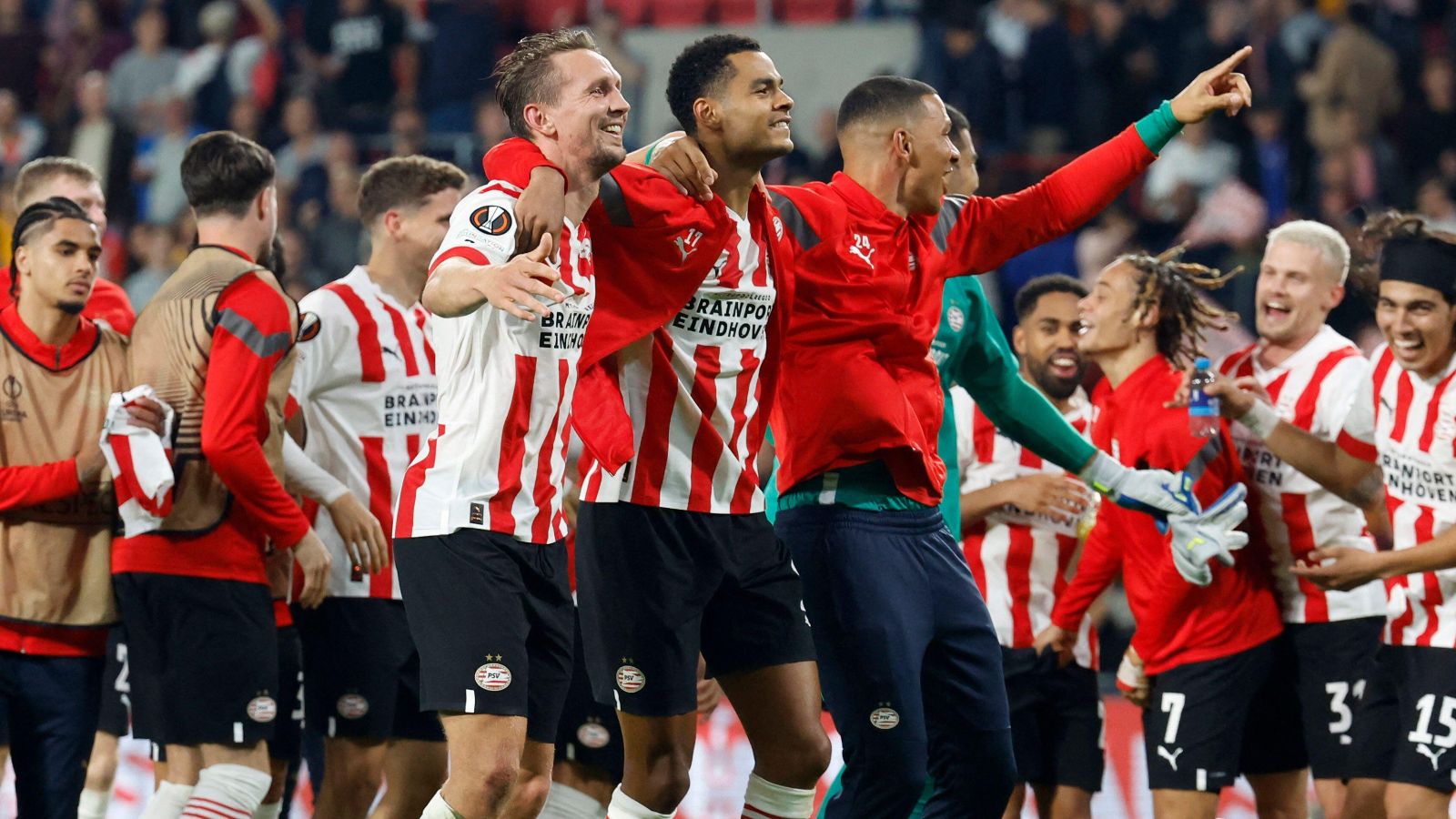 Liverpool have been backed to make a move for reported Man Utd target Cody Gakpo by PSV Eindhoven director of football Marcel Brands.

It was expected that Gakpo would move to the Premier League in the summer but PSV ended up keeping hold of their prized asset.

Man Utd, Leeds United and Southampton were all interested after he enjoyed a breakout season in the Eredivisie in 2021/22.

Gakpo has managed to kick on at the start of this campaign. He has 13 goals and 17 assists in just 23 outings for PSV across all competitions.

A remarkable record for a 23-year-old who has also captained PSV on several occasions this season.

His form has further fuelled talk of a move elsewhere and Real Madrid are now understood to be admirers of him.

But Brands has suggested that Liverpool would be an ideal destination for Gakpo if they decided to make a move.

“Liverpool is a club that is always very focused,” Brands told ESPN.

“Sometimes they get players [identify transfer targets] for the next season in November. Would they be a good partner to send Gakpo in the summer? Yes, that’s right.”

Man Utd considered Gakpo as an alternative to Antony in the summer but they ended up going all in to sign the ex-Ajax man for around £85m.

He suggested that the race to secure his services is still “open” and Man Utd “will face serious competition”.

“Cody Gakpo’s value will be close to €50m again. It depends on bonuses and conditions, but PSV always wanted €50m package for Gakpo,” Romano wrote for Caught Offside.

“I think that could be a bargain, so this is surely one to watch in the months ahead.

“For sure Manchester United will face serious competition for the Dutchman; English clubs and not only, it’s an open race.

“It’s worth mentioning, however, that while clubs like Leeds and Southampton were in the race for Gakpo in the summer, I expect they would no longer be options as he has his sights set on a bigger move.

“Another player being linked with United is Benjamin Sesko, but I’m less sure of the truth to these rumours.

“Sesko signed for RB Leipzig last summer and it will be completed in 2023, so I’m told he’s going to Leipzig.

“Man Utd have been tracking him for a long time, this is not new – last summer Man Utd and Chelsea were interested, but he’s going to Leipzig.”