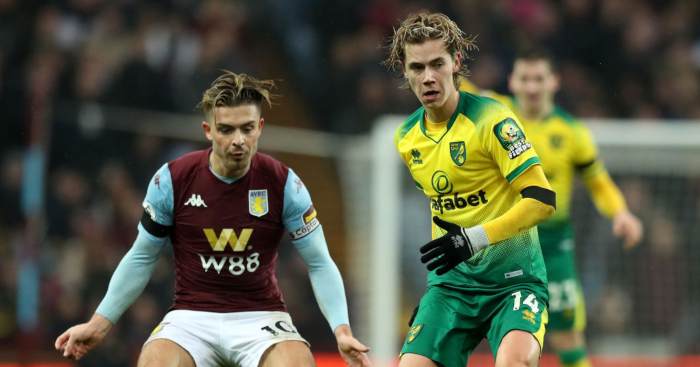 Alex Bruce says it “would not surprise” him if Liverpool signed Todd Cantwell from Norwich City this summer.

The Athletic reporter David Ornstein recently claimed that Liverpool ‘have intensified their interest’ in the Norwich midfielder, and ‘can now be considered front-runners’ ahead of Manchester City, Tottenham and Manchester United.

The Canaries are ‘likely’ to demand £30million or so for the 21-year-old and former Hull City defender Bruce has compared Cantwell to Aston Villa midfielder Jack Grealish, who has been linked with a host of Premier League clubs.

“One thing that he gives you is his ball carrying,” Bruce told Football Insider when asked about Cantwell.

“He is a little bit like Jack Grealish – that type of player. He plays with flair like a James Maddison.

“Of course, he has some way to go before he is at their levels but it is his first season in the Premier League and he has done OK.

“He has caught people’s eye and everybody is talking about him. Cantwell is young, so he is definitely a prospect.

“It would not surprise me if a club like that takes a punt on him. If Norwich go down, it will be difficult to keep hold of him.”