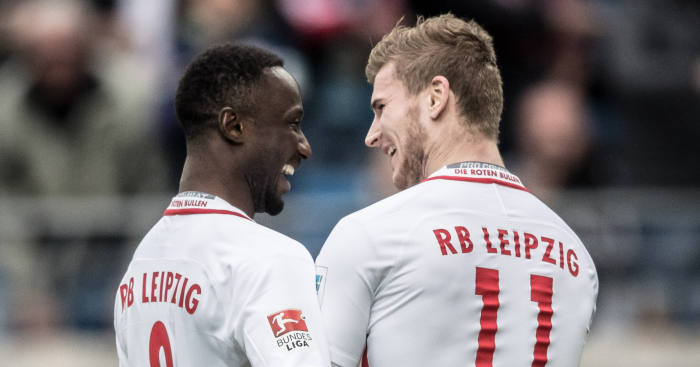 Timo Werner reportedly has a ‘pre-agreement’ with Liverpool to move to Anfield in the summer.

The Germany international has attracted the attention of Chelsea and Real Madrid after firing 25 goals in 26 appearances in all competitions for RB Leipzig this campaign.

But Werner is believed to have a ‘pre-agreement’ with Liverpool boss Jurgen Klopp, reports El Desmarque.

It is claimed the 23-year-old is set to join at the end of the season before Euro 2020 to ensure his price does not skyrocket during the tournament.

The Spanish publication claims Werner – who has a £51m release clause in his contract – will be the first signing of many as Klopp is set to be handed a £170m war chest.

Werner would offer an additional goal threat to Liverpool plus an ability to play across the front line.

The former Stuttgart hotshot has admitted he is open to a switch to England.

“The Premier League is certainly the most interesting league, you have to say,” he said.

“There is a certain flair to watching the English league and playing there.”

Leipzig boss Julian Nagelsmann has previously stated that he would not stand in any player’s way if they wanted to leave for a bigger club.

“I’ve already advised many players to take off their wedding ring with their current club to move somewhere else,” he said.

“I’d do the same with Timo Werner if he were developing faster than the team at RB Leipzig.”