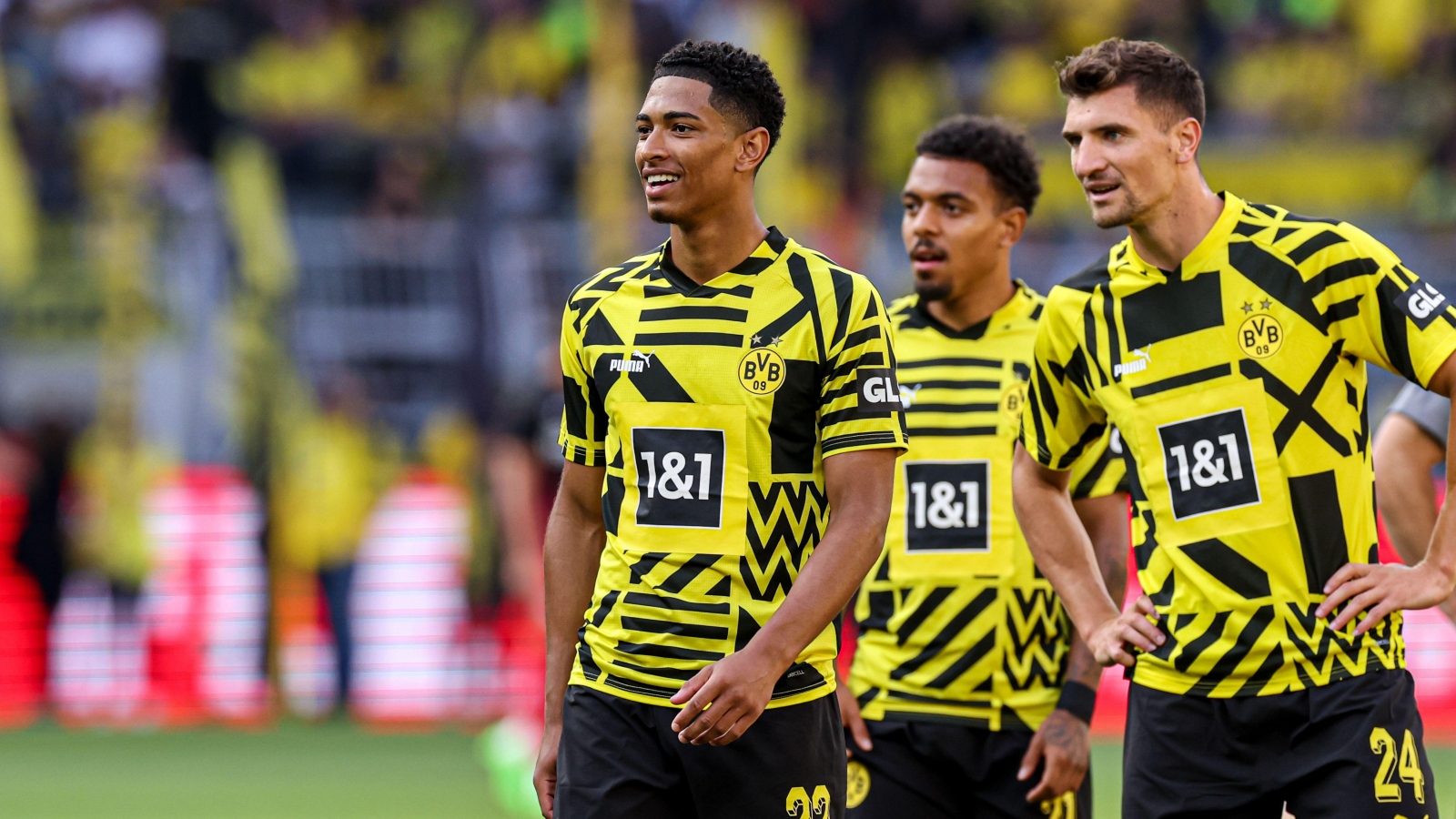 Liverpool and Borussia Dortmund midfielder Jude Bellingham have a ‘verbal agreement’ in place but a deal will not be struck this summer, according to reports.

The Reds are huge fans of the English youngster, who will likely cost upwards of £100million when Dortmund agree to sell him.

The Bundesliga giants signed the 19-year-old from Birmingham City for around £22.5m two years ago.

Since then, he has broke into the England squad under Gareth Southgate and now has 15 caps for his country.

Bellingham has played the full 90 minutes in all three of Dortmund’s opening four fixtures of the season and has established himself as one of the best players in Germany.

It is no surprise to see that a host of Europe’s top clubs are interested in signing the former Birmingham youth star.

Real Madrid are one of many believed to be keeping tabs on Bellingham’s situation and are willing to wait until next summer to strike a deal with Luka Modric still at the peak of his powers.

Dortmund are clear with their stance that the midfielder is going nowhere this summer and with only a few days left before the transfer window closes, it would take a miracle for them to let him leave.

According to Football Insider, Liverpool have now reached a ‘verbal agreement’ with the player and could even sign him in January.

Reds boss Jurgen Klopp told reporters on Friday that the club are now keen on signing a new midfielder after he previously said this was not the case.

‘Busy work behind the scenes’ have allowed Liverpool to agree a deal with Bellingham.

While a new centre-midfielder is a priority for Klopp, the England teenager is not the man who will solve his immediate problems.

Another player Klopp is interested in bringing to Anfield is Celtic playmaker Matt O’Riley, according to ESPN.

The 21-year-old moved to Celtic Park from MK Dons in January and is under contract until 2026.

Liverpool are not the only club believed to be interested in signing O’Riley, with ESPN claiming that Dortmund, Manchester United and Arsenal are also keen.

Much like Dortmund, Celtic are not open to selling the player before the transfer window closes but may change their stance if they receive a bid in the region of £15m-20m.

The Bhoys and O’Riley have a Champions League campaign to look forward to and the midfielder’s stock could rise if he does well in the competition.

Wolfsburg and Lille scouts have been ‘impressed’ with O’Riley, meanwhile, Newcastle United and Leicester City were also mentioned in the report.