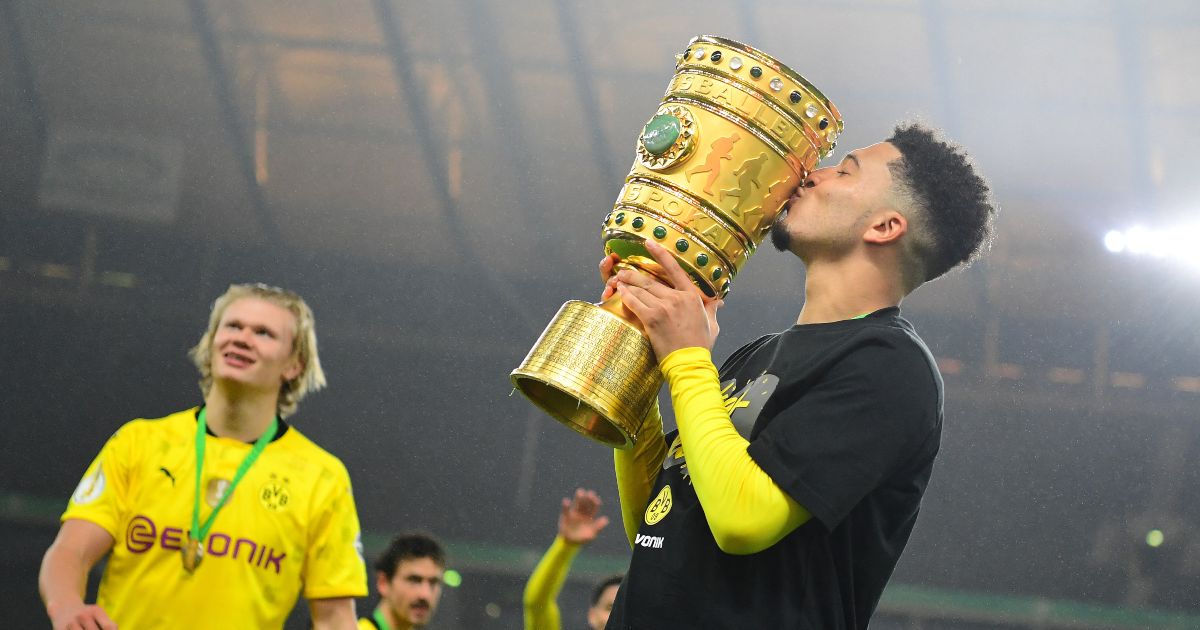 Liverpool have been in touch with Borussia Dortmund via an intermediary as they prepare a possible bid for Jadon Sancho, according to reports.

Sancho has been linked with Manchester United for what seems like a century now but the Red Devils have still yet to agree a fee to sign the England international.

The 21-year-old came close to joining the Red Devils last summer after the player agreed personal terms at Man Utd, but they were unable to agree to a transfer fee with the German club.

The Englishman has enjoyed another strong season with Dortmund in the Bundesliga, scoring eight goals and providing eleven assists in 26 league outings this campaign.

A number of transfer alternatives have been mooted by the media, including Bayern Munich winger Kingsley Coman, but a deal for Sancho is now seen as ‘imminent’.

A report late last week said that Man Utd’s interest in Sancho ‘continues to pick up speed’ with Dortmund adamant he ‘can leave’ if the Red Devils reach their €95m valuation.

However, Dortmund are reportedly warning United that ‘if that does not happen by the end of July (start of the training camp), Sancho has to stay.’

And now Liverpool – who have been linked with Sancho previously – ‘have made contact through an intermediary’ as they look to make a late effort to sign Sancho, according to an exclusive from Anfield Central.

They describe the timing of their pursuit as ‘uncharacteristically late from Jurgen Klopp and sporting director Michael Edwards’ but reckons their ‘favourable payment structure’ could work in their favour over a ‘sticking point’ point between Man Utd and Dortmund.

United are keen for a large chunk of the money to be comprised of performance-related add-ons but Liverpool have ‘used intermediaries to propose a deal for Jadon Sancho which includes zero add-ons’.

Liverpool are willing to pay their €95m (£82m) asking price but want to split it with £55m upfront and £27m in a second installment.

Anfield Central add that Sancho ‘has expressed a willingness to move to Liverpool and would be prepared to earn less than Manchester United have offered.’