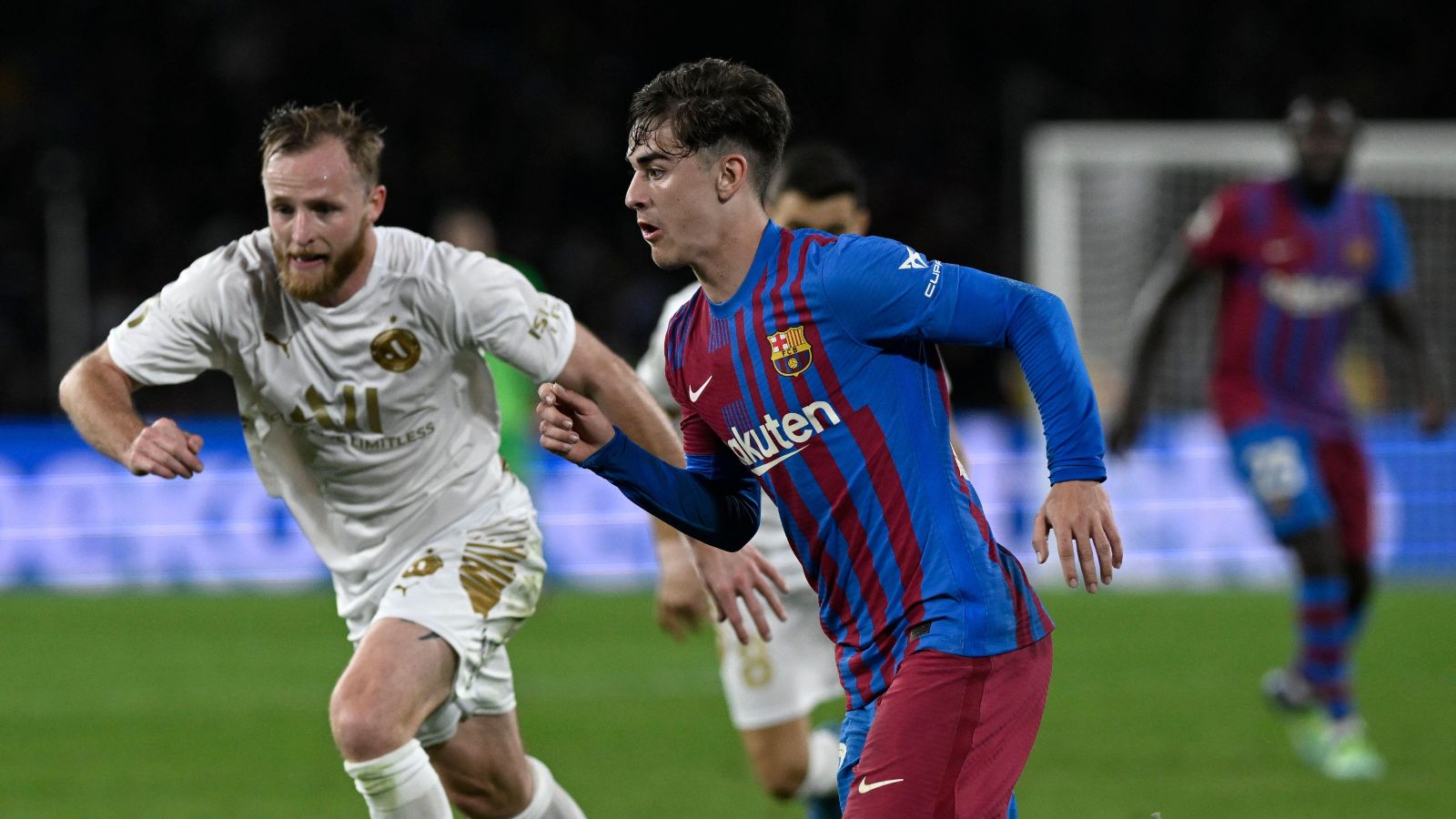 According to reports, Liverpool would be willing to pay the €50m release clause to sign FC Barcelona youngster Gavi.

The Reds have been linked with the 17-year-old in recent months.

Gavi made his senior debut for FC Barcelona at the start of the 2021/22 campaign. He went onto play 46 times for them across all competitions. He grabbed two goals and six assists.

The midfielder is under contract until 2023 and this deal includes a €50m release clause.

Barcelona are currently trying to tempt their starlet to sign a new contract that will likely include a more significant release clause.

Spanish Sport (via Sport Witness) are reporting that Liverpool are a ‘big threat’ to Barcelona.

This is because they are willing to pay Gavi’s €50m release clause this summer. It is said that Liverpool’s contract offer would be ‘very superior’ to Barcelona’s in terms of money.

Though it is noted that Gavi does not plan to go ‘for money’ and that he is ‘happy’ at Barcelona.

Elsewhere, Jurgen Klopp is not worried that Mohamed Salah’s mission for revenge against Real Madrid will take over in the Champions League final.

Salah had to be substituted in the first half of the 2018 final between the two sides with injury and has spoke of his desire to get revenge when they meet again in Paris on Saturday evening.

However, Klopp is not worried about it and explained that every player will have their own motivation for the clash.

Speaking to the media ahead of the final, the German said: “We don’t have to worry about it taking over too much – it’s completely normal. We all lost that day but he did get injured very early in the game – he’s in very good shape but he was then in good shape too.

“The only issue is if that is the only motivation but that is not the case in most cases – it’s normal that Mo wants to put things right.

“We didn’t forget what happened that time but it’s a while ago and we have so many reasons that we should give our absolute everything tomorrow night. That might be one reason but it’s not the only one.”