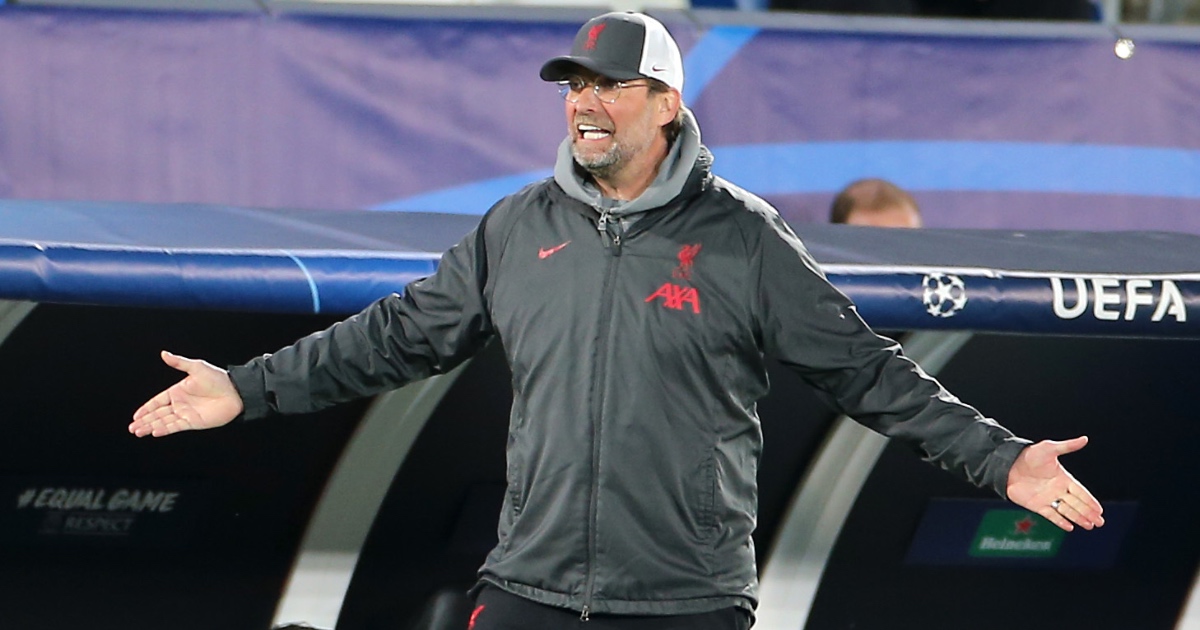 The first leg of their Champions League quarter-final tie took place away from the Bernabeu as the famed stadium is undergoing renovations.

The match, which Real Madrid won 3-1, was instead held at Real’s Estadio Alfredo Di Stefano.

He continued his complaints after the match by saying: “It must be a really tricky task for Real Madrid at Anfield.

“This was strange tonight because it was really difficult with the stadium (at Madrid’s training ground) but Anfield is at least a proper stadium and it will be good for us.”

Klopp has now tried to explain his statement.

Speaking ahead of the second leg at Anfield, he said (via Liverpool Echo): “I didn’t want to be disrespectful. If they think that is the stadium they should play in, that’s completely fine for me.

“They played the whole season in it. I know the situation. It’s all fine but making a story about what I said is a real joke.

“If somebody thought I was disrespectful: sorry. It was not my intention.”

Liverpool need a solid performance at home to reach the Champions League semi-finals.

Goals from Vinicius Junior (2) and Marco Asensio downed them in Spain.

Mo Salah bagged them an away goal on the night and will likely need to score again if they want to qualify.

Another comeback, in the mould of their 4-0 win over Barcelona in 2019, would see them join Chelsea in the semis.

Thomas Tuchel’s men reached the last four despite losing 1-0 to Porto in the second leg.

Goals from Mason Mount and Ben Chilwell in the first leg helped to see them through.

Liverpool have been handed a boost, however. Sergio Ramos, Raphael Varane and Lucas Vazquez will all miss Wednesday night’s game.