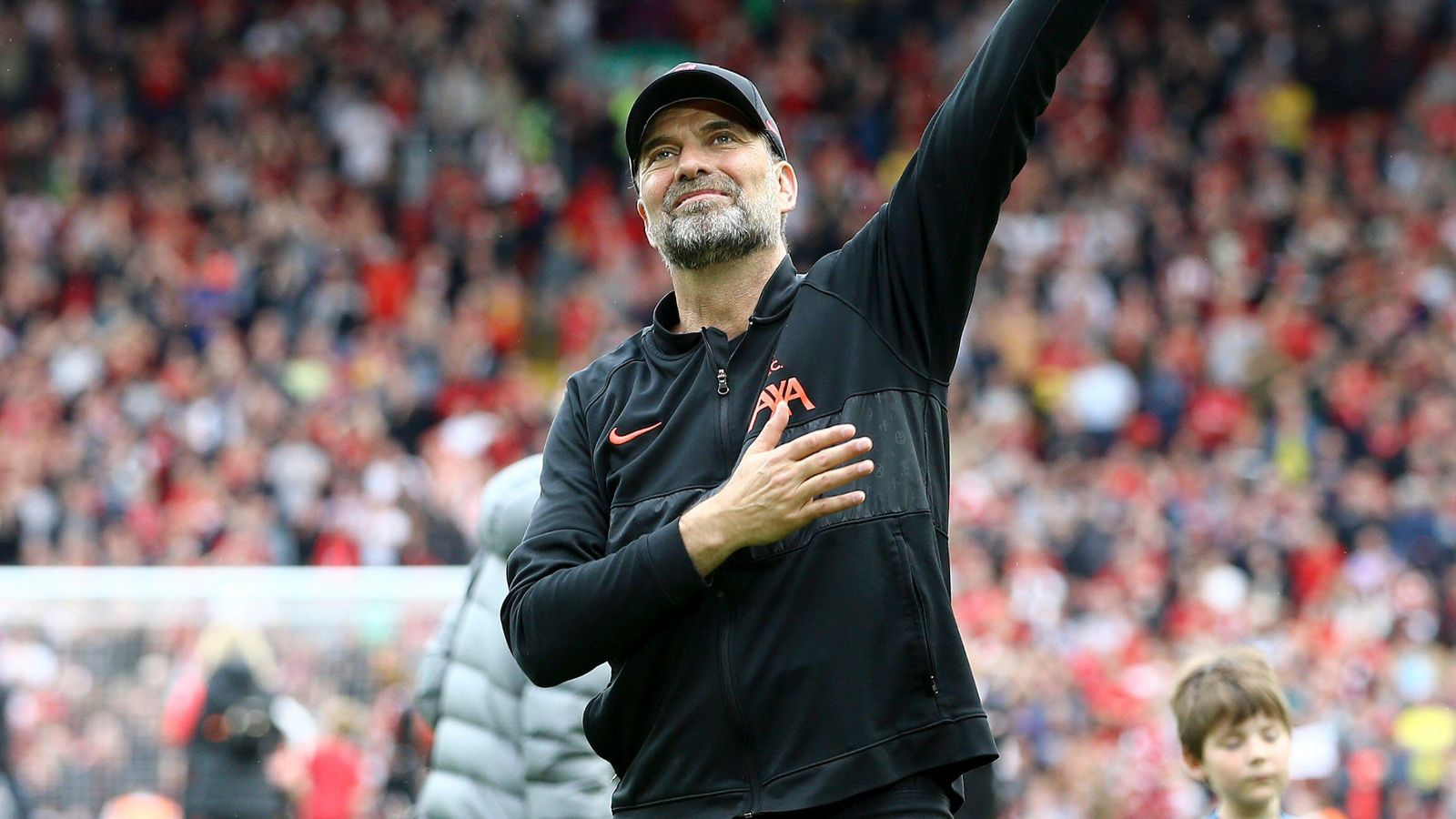 Liverpool manager Jurgen Klopp insisted that finishing on 92 points is “absolutely incredible” after his side ended up second in the Premier League.

The Reds went into the final game of the season a point behind Man City with a worse goal difference. To win the title, they needed to win and hope that Pep Guardiola’s side dropped points

Liverpool faced Wolves at Anfield, and it was the visitors who went ahead inside the opening five minutes. Pedro Neto got the goal.

The hosts battled back though as goals from Sadio Mane, Mo Salah and Andy Robertson earned them all three points.

Over at the Etihad, Man City were 2-0 down, but they also fought back to win in dramatic fashion.

These results mean City finish a point clear of Klopp’s side at the top of the table.

Liverpool’s Quadruple hopes are over but they will seal the treble if they beat Real Madrid in the final of the Champions League on May 28.

Speaking after his side’s win over Wolves, Klopp praised his players for chasing the “best team in the world to the wire”:

“Congratulations to Man City and Pep Guardiola. Thank you to Aston Villa and Wolverhampton for making a proper game of it,” Klopp said (via BBC Sport).

“It’s not the result we wanted. It was a bit of a rollercoaster. I don’t know the results exactly but I know they were 1-0 up – were they 2-0 up as well? Of course at the moment there’s disappointment here as well.

“If it’s 5-0 to City after 10 minutes it’s just a normal game for us. It wasn’t our best game either, but it’s all good. 92 points is absolutely incredible. We wanted it all, but now it’s OK.

“[Finishing second] is the story of my life. I’m still record holder for not getting promoted in Germany with the highest points tally. You need to get more points than any other teams, but we didn’t do that.

“You can’t do more than give your absolute best and that’s what the boys did again. We chased the best team in the world to the wire, that’s absolutely special. We’ll build a team again and go again.”

On Thiago’s injury: “I think he’ll be out of the final but I don’t know. He’s limping, so it’s maybe not the best sign.”

A deserved guard of honour for Divock, complete with a hug from the boss 🤗 pic.twitter.com/KuQ5PXmV6W

Klopp went onto insist that this current Liverpool team is “the best group” he has ever had:

“If we’d known the situation before the season I probably would have said I’ll take that – although I’m not too sure with the league. If you want to win big, you have to be ready to lose big. That’s what we did today.

“It’s all about reacting. We can’t react in the league tomorrow, but next year we can.

“I’ve already told them 500 million times. This is the best group I’ve ever had. It’s a joy to come into work every morning. We need a solid basis to react to defeats. We know why we didn’t make it – we needed a bit more consistency in the first half of the season.

“There’s space for improvement and we’ll work on that. It’s really cool when you don’t need 10 changes, you just build on what you have. That’s what we’ll do.

“If people on the outside don’t understand how special this club is, I can’t help them. Hopefully now, we’ll get our third trophy of the season.”