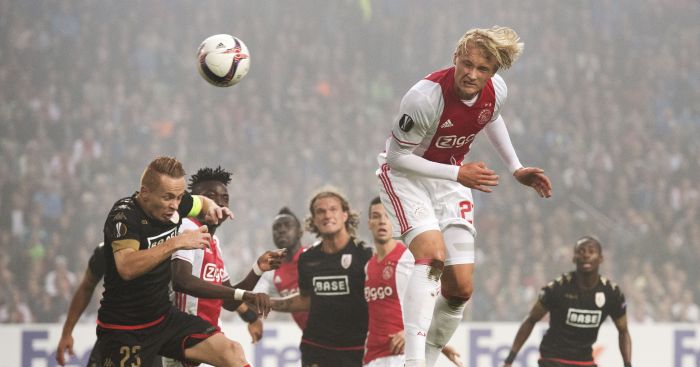 Liverpool boss Jurgen Klopp has revealed that he is a fan of Ajax striker Kasper Dolberg and admits the youngster has a “great future” in the game.

The 19-year-old has bagged 13 goals in 33 matches for the Dutch side so far this campaign, contributing six assists in the process.

And Klopp is a huge admirer of Danish players and is very aware of the wonderkid’s progress this season.

“Who doesn’t know Dolberg? You can’t play at Ajax without being noticed,” Klopp told Ekstra Bladet.

“He has a great future ahead. He is a fantastic player.

“I love Danish footballers. I had Leon Andreasen at Mainz. He was a monster.

“I also have warm memories of Bo Svensson and Mohamed Zidan, who has a Danish wife.

“Danes have a good attitude and a strong mentality.”