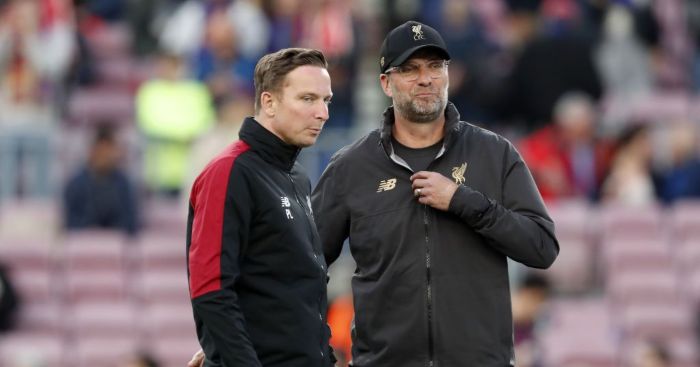 Pep Lijnders claims Liverpool boss Jurgen Klopp “walks around like Conor McGregor” if he gets one over his staff.

Klopp’s competitive streak comes out when the Liverpool’s coaches play padel tennis at the training ground.

“We started playing about four years ago during our training camp in Tenerife,” Lijnders told the Mirror.

“We were playing the game with our staff and a few players. At first, we didn’t quite know what a padel court looked like and thought it had to be played a bit like table tennis.

“Our media officer looked up the rules of the game on the internet. We didn’t know he had given us the wrong rules till this Spanish chap came by and asked us what on earth we were doing. We said: ‘Playing padel tennis’.

“When we got back, the owners built a court for us at Melwood and now we are playing this game almost every day at our training centre.

“Jurgen is fanatical about it – and he’s good, too. But we never say he’s the best out loud – otherwise he starts to walk round like Conor McGregor.

“He battles for every point, with massive focus, too. Even when I am winning, he gets right under my skin.

“So when I do beat him, I let everyone at the club hear about it!’’

FEATURE: Southampton need not fear their £25m Pierre into the unknown

Lijnders also says the distraction of a second sport has helped the Liverpool coaching staff come up with tactical solutions on the football pitch.

“The game has been a nice distraction from our daily routine,” he said. “And yet, sometimes we come up with the best ideas to solve issues during these games.

“We sit down on a bench in between two sets and we discuss solutions for football problems. In fact, we do that a lot. When you are constantly playing matches or doing top-level training sessions every day, there is no time to wind down.

“So, these games are the perfect moments to relax.”