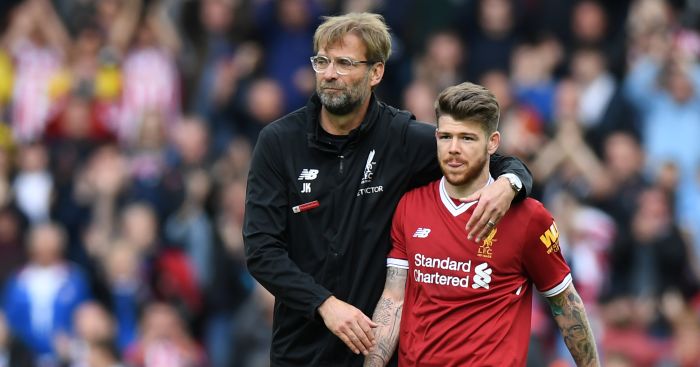 Jurgen Klopp has refused to get into a war of words with Alberto Moreno after the defender publicly criticised the Liverpool boss.

The 26-year-old full-back is out of contract next summer, but despite being offered a new deal, he looks unlikely to extend his stay at Anfield after hitting out at Klopp.

Moreno believes he should have been given more of chance after being injured in December 2017 and he has criticised Klopp in an interview with Cadena Sar.

“I do not feel good, that is the truth,” said Moreno.

“Moving back to Spain is something I have thought about, I am tired of the cold here but I do not know about interests from other clubs.

“I am in my fifth year here, there is no agreement on a renewal and in January, I am free to listen to any offer.

“I hurt myself giving everything for this team and I think that when I came back from injury, I deserved an opportunity.

“The situation is normal for a lot of players but simply, I did not like the way he (Jurgen Klopp) has treated me, you can say that.”

Klopp was asked about Moreno’s comments at today’s Melwood news conference, but the German refused to hit back at the former Sevilla man.

“I’m still not prepared to say things about it,” said Klopp. “Matt told me about it. How I deal with things like that. My door is always open for people to speak to me. Alberto is not happy with having that much minutes? He never shows that in training sessions. He is a fantastic professional.”

Moreno only made only two starts in the league after injuring his ankle last term, while this season Moreno has found his first-team opportunities limited due to the form of Andrew Robertson.