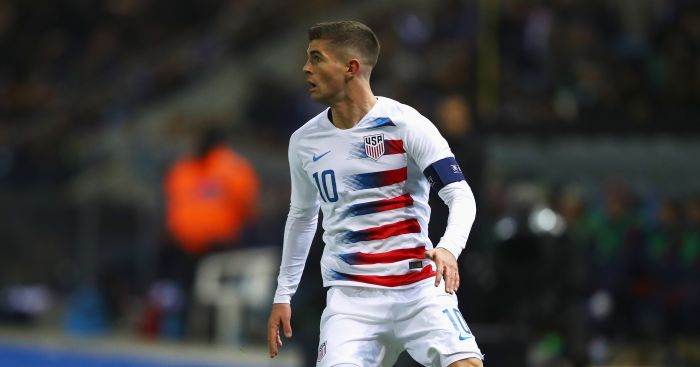 Liverpool boss Jurgen Klopp has reacted to the news that Chelsea have signed Christian Pulisic from Borussia Dortmund.

The United States international will remain at the German club on loan for the remainder of the season before completing his move to Stamford Bridge in the summer.

Chelsea will pay £57.5million for Pulisic, who has scored three goals in all competitions so far this campaign.

His contract with Dortmund was due to expire in 18 months and the 20-year-old has always had ambitions of playing in England.

Before Liverpool signed Xherdan Shaqiri in the summer, Klopp had been heavily linked with a move for Pulisic.

And ex-Dortmund boss Klopp reckons both Chelsea and the German club have got a good deal.

“Really good player for Chelsea,” Klopp told reporters. “A skilled boy. I’ve known him for a while, good signing, good deal as well for Dortmund.”

Dominic Solanke has been linked with a loan move to Schalke as well as fellow Premier League side Crystal Palace in the January transfer window.

On Solanke and other transfers, Klopp added: “We don’t talk about transfers, and loans are transfers as well. We will see what happens before January 31st. Nothing to say.”