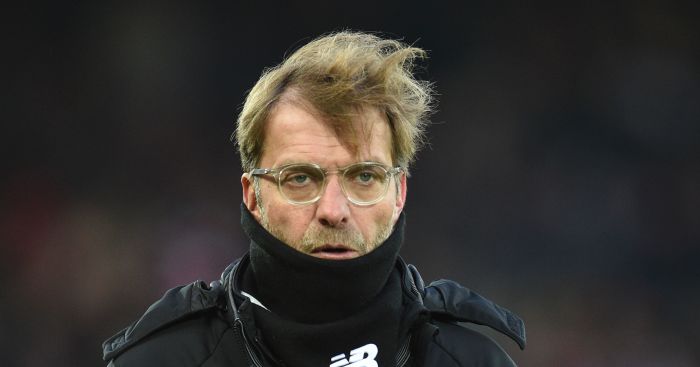 Jurgen Klopp has suggested that Liverpool won’t be making a move for Stoke City goalkeeper Jack Butland and will keep faith with his current stoppers.

Simon Mignolet and Loris Karius have come in for criticism over the last couple of seasons and there have been calls from some supporters and pundits for the club to sign a new goalkeeper.

The Reds have been linked with a summer transfer move for Butland with Roma’s Alisson and Atletico Madrid’s Jan Oblak also understood to be on the club’s radar.

However, Klopp thinks critics of Mignolet and Karius must “cool down” and watch the pair develop into consistent keepers.

“My favourite solution, always, is that we do it with our boys,” Klopp explained.

“They step up, they deliver, they improve. The problem they have is that everyone is watching them [through a magnifying glass] and saying ‘still not good enough!’

“I will only mention one name. Everyone talks about him with us and that is Butland. I only saw the [3-0 loss to Man United].

“Fantastic goalkeeper but was he perfect? No. He wasn’t in that game. But everyone says ‘still better than our boys!’

“It makes no real sense if he comes in and makes a mistake in his first game. Everyone then says ‘we need another and another one and another one’. We have to cool down. These boys all have big quality.

“These lads are here and now they have to create a situation where they can show it every week. It doesn’t mean they will be free of mistakes for the next 20 years. Nobody can do that.”