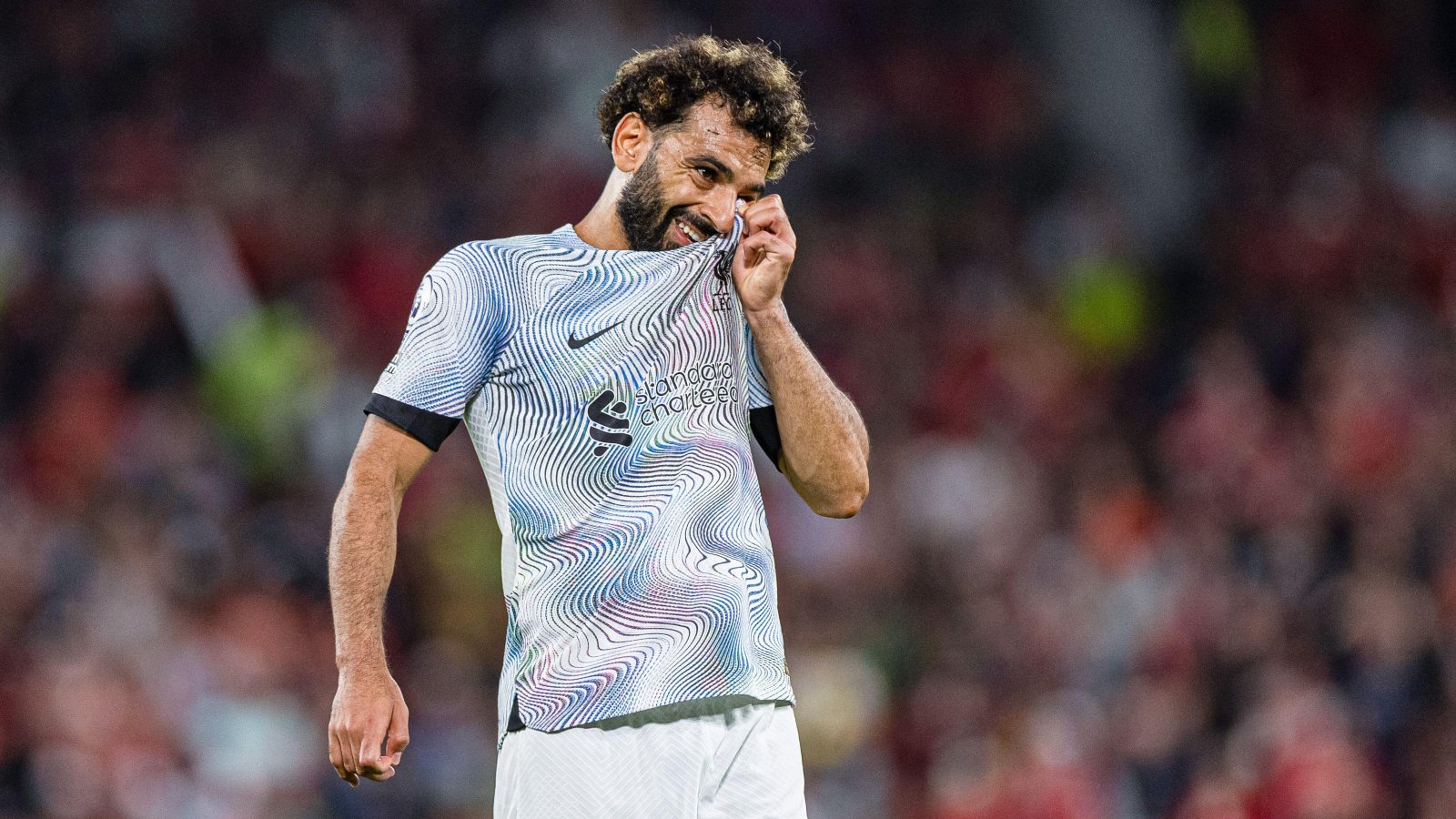 But we’ve always enjoyed the ever so slightly more advanced method of tracking each team’s progress by measuring this season’s results against those same fixtures last season.

Is that just so we can have a league table with Spurs at the top and Liverpool at the bottom? We prefer not to speak.

Obviously, as with any kind of league table, this is a very early one. But there are still some pretty dramatic swings and only one side with the exact same number of points compared to last season.

Another flaw is that, clearly, we can’t really include the three promoted sides. Sorry about that. But as all three of you are currently above Liverpool in the actual table, you can all rest assured you’re doing great.

Results against Fulham, Bournemouth and Nottingham Forest are measured against last season’s efforts against Burnley, Watford and Norwich respectively where necessary for reasons that are obvious.

Lovely bit of fixture computer mischief to serve up Southampton and Wolves as Spurs’ first two home games. They were in quick succession last season too and Spurs managed to deservedly lose both those games. With those defeats went any lingering hopes of Champions League qualification, or so we all thought. Chuck in a ludicrous draw against Chelsea and Spurs don’t just have seven points from nine to start the season; they have seven points from three games that brought them zero points last time around. That almost takes care of the eight points they have to defend against Liverpool and City. Also worth remembering, though, that Spurs have zero points to defend against Manchester United, because even in seasons that end up being quite good, Spurs are always funny.

USA! USA!! USA!!! We weren’t expecting Jesse Marsch to be able to implement his philosophy quite so fast – or at all to be fair – at Leeds, but at the moment he is a gamble that is paying off handsomely. There is structure, purpose and direction to everything Leeds are doing right now. It might not be as much fun for everyone else as Bielsaball, but Marschsoccer might even prove to be more effective or at the very least more sustainable. Or this might be a flash in the pan and they’ll be back in the poo before September is out, who knows.

A strong contender to top this particular table come season’s end thanks to the ticking of both key boxes: Being pretty good this season and absolutely sh*tbone awful (for most of) last season. We’re particularly excited to see what the game of the season turns out to be if it isn’t that insane 3-3 draw with Manchester City. Edge out Brighton for third here by the narrowest of margins with a six-goal swing in goal difference as opposed to the Seagulls’ mere five-goal improvement.

­On paper a tricky start to the season, a suspicion highlighted by those results from last season. On grass, an absolute piece of p*ss. Manchester United and West Ham were both terrible, but Brighton appear to have again pulled off the impossible in losing perhaps their two best players from last season and yet managing to improve. Graham Potter is an indie wizard.

Conceding a last-minute winner at Fulham after battling from 2-0 down (for the second time already this season) will sting, but it is in fact a marginal improvement on last season’s result at Burnley if you can believe such a thing. The six-goal swing in the home fixture against United represents the joint largest such change on last year thus far.

Points successfully defended against Leicester and Bournemouth (in lieu of Watford) which only adds to the suspicion that of Arsenal’s three impressive and eye-catching performances thus far it’s the opening-night win at Palace that stands as the most significant. Palace have proved in their two subsequent games that they are going to be both good and fun this year, but Arsenal dealt with them pretty much without fuss.

Arsenal will climb this table, but it will take longer to approach the summit of this one than the (far less important) actual one purely because of how the fixtures have landed. Even if the Gunners are on 27 points from nine games – which doesn’t seem that outlandish given their opponents – they would still ‘only’ be +11 from last season’s results. The good/bad news is that after that there are loads of points to gain in games against your Liverpools and Manchester Citys.

Palace are a point up, but how far up in vibes? Unquantifiable, sure, but it’s definitely more than one. It’s probably like four or five vibes up. Maybe more. They were tremendous fun in eviscerating a moribund Villa side that is in many ways their direct opposite, mood-wise.

When you’re already better than everyone else, all you have to do is maintain. So far, so good then. Just about. And if we assume, as we still surely must, that neither Arsenal nor Tottenham (nor Newcastle, nor Brighton, nor Leeds, nor etc…) are actual rivals for the actual Premier League title, then there is plenty of good news for City further down this table.

Southampton remain an unsolvable puzzle of a football team, so these results are entirely on brand. One point from two games that delivered six last season before turning a 4-1 thrashing in May into a 2-1 come-from-behind win in August. At this ludicrously early stage of the season Southampton have already secured four points from losing positions and dropped three points from winning ones. Again, it’s textbook Southampton.

Chelsea are teasing those of us who can’t help but make weekly snap judgements about a team. The win at Everton may have been a three-point improvement on last season but it was unconvincing. Dropping two points – in real and relative terms – against Spurs didn’t prevent everyone noticing that Chelsea had played really well and were surely going to be a good team again. Then Sunday happened and now, who the f*** knows. What we do know is that Thomas Tuchel emerging as a key Premier League villain is an unexpected Barclays plot-twist but it’s one we’re on board with.

Two seasons in a row Villa have started with a dispiriting defeat against a promoted side. Watford last year, Bournemouth this. Victory over Everton in the Golden Generation Derby kept the wolves from the door but good grief they were awful at Palace.

Just as we all expected, a thoroughly deserved victory over Liverpool to lift themselves off the bottom of the Comparative Results table and dump their biggest rivals down to the foot of the table after a vintage Cracked Badge Derby at Old Trafford. That said, even with last season being such a disappointment for United, a long-term strategy of turning all the wins into defeats and all the defeats into wins is still a deeply flawed one that Erik ten Hag would be wise to abandon.

Just like last season, Wolves have started the season with a few disappointing results – including a pretty harsh 1-0 defeat to Spurs – but with enough about the performances to suggest actually everything is going to be fine. Nevertheless, it’s a troubling start on direct results comparison and defeat at Spurs must be a worry if only because that is a fixture utterly and inexplicably dominated by the away side. Bizarrely, last season was the third in four years since Wolves’ return to the top flight that both league games between the two were won by the visitors, with Spurs also winning a Carabao clash (albeit on penalties) at Molineux for good measure.

If the only thing keeping you above Everton and West Ham in any kind of table right now is goal difference, then you’ve got to be worried. In the real table, Leicester can’t even get above Everton on that measure. But at least they’ve got a point more than West Ham. That’s good, isn’t it? Having more points than West Ham? Something to build on? Something positive? Brendan looks doomed.

Nottingham Forest are pretty much definitely going to be better than Norwich, which is a reasonable caveat here. And the defeat to Chelsea was definitely a touch unlucky. And only losing 2-1 at Villa was a significantly less dreadful result than last year’s. It’s all looking pretty rosy at Goodison, then…

Manchester City are Manchester City and the Forest game was a silly one, but that Brighton defeat at the weekend really has, pun very much intended as they always are, hammered home the scale of the problems facing David Moyes and West Ham. That defence looks an awful mess and the optimism and progress of the last two years could fade and die pretty quickly for the only team still without a point and early favourites to end the season bottom of this specific if arguably slightly less important table.

Have they just assumed the official mantle of the Premier League’s Crisis Club? We all saw the banterous possibilities of United beating Liverpool and going above them in the table, but it is careless in the extreme of Liverpool to allow that to actually happen. We’re all grateful because Lord knows the one thing we all need right now is a good laugh, and it’s sort of incredible really when you think about it that Liverpool had even managed to contrive a situation where Manchester United winning a football match was something that could bring everyone else such a giggle. They may have lost seven points on last year, but they have won our hearts. Surely that is more important? Oh. I’m hearing that it’s not. And they’ve got another 12 points to defend in the next four games as well. But one of those is against Everton, so at the very least that should be fine.