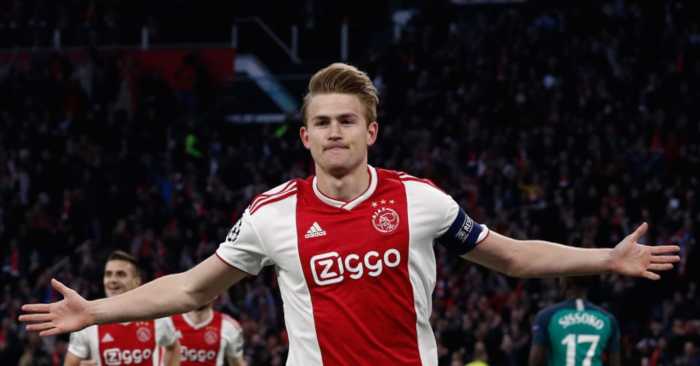 Liverpool are not interested in Ajax centre-half and Barcelona target Matthijs de Ligt.

De Ligt is one of Europe’s most-coveted players after captaining Ajax to an Eredivisie and KNVB Beker double this season.

The 19-year-old also inspired the Dutch side to a Champions League semi-final place, and is expected to join Barca-bound Frenkie de Jong in leaving the club this summer.

Manchester United are interested in De Ligt, having previously rejected him because of his ‘significantly overweight’ father.

Liverpool and Barca have emerged as the frontrunners for his signature, but the Liverpool Echo say the former ‘have no plans to make a move’.

They deny that Liverpool have entered negotiations over De Ligt and ‘are not trying to secure the services’ of the teenager, as Jurgen Klopp ‘is happy’ with his current centre-half options.

The manager feels that, with Virgil van Dijk and Joel Matip forming a fantastic partnership, Joe Gomez will ‘kick on’ and Dejan Lovren can provide cover.