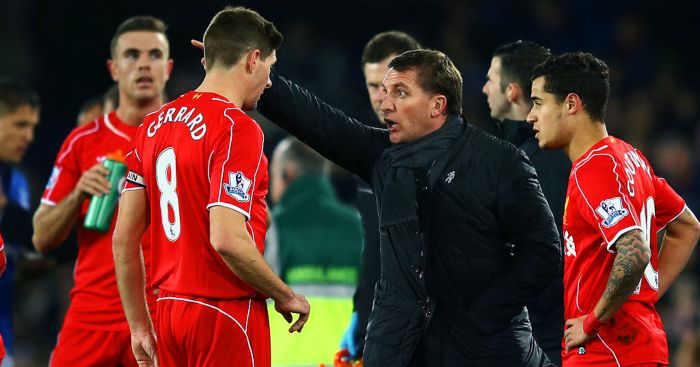 Brendan Rodgers has dismissed claims that he “plotted” to get Steven Gerrard out of Liverpool during his days as the Reds boss.

The Leicester manager was at Liverpool from 2012 to 2015 and was at the club when Gerrard left Anfield for LA Galaxy.

BeIN Sports presenter Richard Keys suggested at the time that Rodgers wanted Gerrard out of the club, he said: “Rodgers wanted him out. With [Jamie] Carragher already gone Rodgers knew that with Gerrard on the way out too, the club was now his – all his.

“People listen to him, which is why Rodgers doesn’t want him there anymore.”

However, Rodgers – appearing on Keys’ beIN Sports show with Andy Gray – hit back at those suggestions, adding that he had a good relationship with Gerrard.

Rodgers said: “As always, there are always stories. Steven was brilliant for me during my time there. Especially in the first couple of years.

“He was towards the latter stage of his career and he was first class.

“So despite what you said at the time, unfortunately it wasn’t quite true.

“But listen, it’s something you become used to in this game, there are so many stories and gossip, but it was interesting when I read that.”