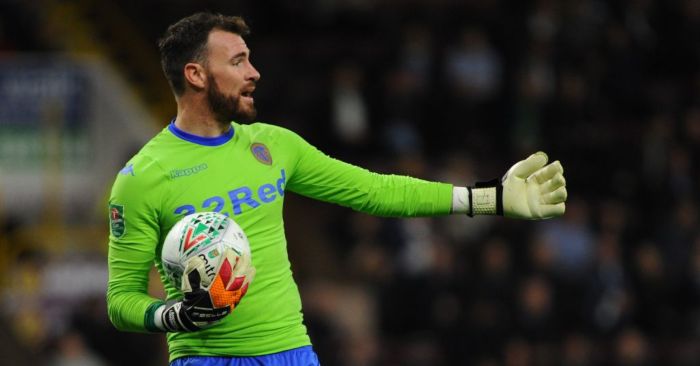 Liverpool have called upon free agent Andy Lonergan to help amid a pre-season goalkeeping injury crisis – but he won’t be joining permanently.

The European champions embark on their pre-season tour of the United States on Tuesday with Simon Mignolet as their only first-team keeper option.

Alisson has not returned from international duty after guiding Brazil to Copa America glory this summer, while Caoimhin Kelleher and Vitezslav Jaros both injured.

Kamil Grabara is also absent after his exploits for Poland’s U21 side at the European Championships last month, leading to Liverpool asking Lonergan to help out.

The 35-year-old was released by Middlesbrough at the end of last season after spells with Leeds, Bolton and Preston, but will join the Champions League winners on tour.

Jurgen Klopp and goalkeeper coach John Achterberg feel they need someone of a decent standard to play in training, but Lonergan will not be offered a permanent contract.

He could, however, be retained for the club’s pre-season training camp in Evian if necessary, with Liverpool returning from the United States next Thursday.

Mignolet’s importance has been reflected in the fact that Klopp has ruled out his rumoured departure.

“I’ve had a lot of conversations in the last couple of years, months – not weeks,” the manager said. “Before we left we had a talk. I would say yes [he stays].

“At a club like Liverpool you need two number ones in the club and we have that with Ali and Simon. It’s a good situation for the club and a situation you should have and that’s why everything is fine from my point of view.”