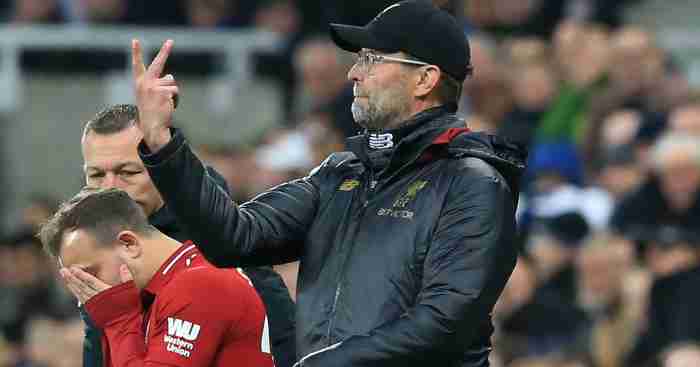 Please don’t judge me too harshly. I was 7 years old, in school trying to fit in. One kid had a list out in the class with two columns, Liverpool left, Manchester United right. He asked me who I supported? The oldest kid in our neighborhood who taught us all how to play football supported Liverpool. The previous summer I had stood in his room and gazed at hundreds of little circular stickers on a cork board in his room from Mexico ‘86 and had fallen in love. He taught us pass and move as 6 year olds, he was soundz I said Liverpool , my name went on the list, sixth in the left.

Winning stuff is great. And so it was until one evening Mickey Thomas tore up the fairytale and the story of being a modern Liverpool fan begun. There was Hillsborough, Kenny retiring, sadness I didn’t really understand, Souness, Sean Dundee, Phil Babb, Andriv Voronin.

The highs were amazing, mostly Gerard, mostly ‘05.But the lows, the disappointments, the inevitable collapses have outnumbered them a hundred fold, is this what I signed up for? Somehow though, despite Fergies United blazing a trail for 20 years and in football terms the second half of that list walking off with the girl over and over again while I walked home from the disco with a can of carling hurt, a lot but I had made my choice and I could never change again cos that’s how it works.
Life has been good to me. I grew up in a good family, friends turned up in twos and threes wherever I went, I met a girl, got married, my kids are sound people I actually like (not just love), I’m healthy despite the years pouring pints down my throat. I’m happy.

Through all that good fortune Liverpool have been good for me too. Life isn’t all about winning I know but I’m a soft shite at the back of it all and following Liverpool helped me learn how to lose and deal with disappointment, unmet expectations, frustration, rage. Through it all I hung in there because I hoped one day we would win the league again, honestly, just once and then I’ll go off and read grown up books and learn about politics I promise.
08/09, 13/14, teased and tormented and this year looks the same, even fate cannot defeat this City team it seems, Pep analysed fate and its machinations and decided it wasn’t relevant. And so it isn’t.

And what are we left with, us left hand columners, defeat, disappointment, tragedy again? Yes. Exactly.

Anyone can win the thing (and yes at this stage I would give my right bollock to) but who in the history of football has ever lost like this?
No one that’s who, until us, Liverpool, the mighty reds, losing in the greatest blaze of glory the football world has ever seen.
Stand tall reds, no one has ever lost like this before and no one will again. We are the greatest losers the world has ever seen.

This is the crowning achievement of a generation of underachievement by Liverpool FC, drink it in, love it, relish it. This is living, this is supporting the club you love.
And if Kevin Whelan asked me again who do I support I’d go left again, every bloody time, for better or worse, til death us do part.
Dave LFC

Two factors behind Liverpool’s win
Matt Stead asks how Liverpool could have won at Newcastle, given all the many things stacked against them. I wonder whether he isn’t ignoring two obvious factors.

The first, I must admit, is Jamaal Lascelles. He was exploited for two of Liverpool’s goals, and his decline this year has been marked. These weren’t his first mistakes this season, and that’s a shame for him and the club.

The second, of course, is the officials. I acknowledge that the early non-foul on Mane could have been a penalty, though I also believe he should have been carded for faking a head injury. I will even concede that Rondon’s goal could have conceivably been disallowed, Ayoze Perez being in an offside position and at least partially screening Allison. But there were so many *unaccountable decisions that went the other way. I was appalled again and again. I’m sure Red eyes will have seen it differently, and no doubt far more justly. But I haven’t been this frustrated by a single result in perhaps a decade. Newcastle deserved better, even if the sentiment isn’t worth the digital paper it’s printed on.
Chris Crenshaw, Toon Army DC

Fab fall
After Patrick Bamford got a two match ban for deceiving match officials, I assume the same punishment will be handed out to Fabinho??

One way to choke
It’s actually somewhat possible that the next week goes like this:

Tomorrow, City lose by a goal to Leicester, meaning Liverpool take a 2-point lead, and City take a superior goal difference going into the final weekend.

In between, Liverpool beat Barcelona 4-1 at home, going out on away goals.

See ya, Sarri. Hello, Hasenhuttl
With this talk of Milan possibly wanting Sarri I can’t think of anyone I would rather have replace him than Ralph Hasenhuttl. What he has done to transform Southampton from dross that was being played under Hughes as they looked like sleep walking to relegation to a team looking hungry working hard and doing the basics very well. He has a pedigree he showed when taking Leipzig to second place in the Bundesliga. I really think he could a revelation in the same way Pochettino has been at Tottenham if given a top 6 club.
Aaron. CFC. Ireland.

Arrogance as standard
So, the latest stick to beat Klopp, Pep, Poch, etc. is they are arrogant for doing / not doing, saying / not saying, etc.

For the love of God of course they are arrogant, you cannot seriously walk into a top club (or any club for that matter) and say right lads here is the vision for the next few years and we will do things my way. I know there are millions of overly entitled fans of this wonderful (insert name) club, but I know I am the man to lead it all forward and convince the board to drop x hundreds of millions on my vision.

You wouldn’t be arrogant to do that, you would need to be narcissistic, ego maniac of epic proportions.
Mel – Berlin, Brussels, Athlone Town, HaHoHe

Dear Dier
If you’re a footballer and a step too slow, you’d better have good positional sense.

If you’re a step too slow, mediocre positionally, and a sloppy tackler, congratulations. You are Eric Dier.
Winston

EFL escapes
It’s very much lower league, but I thought it was worth mentioning Wimbledon amazing great escape from relegation from league 1

In March, things looked dire: 10 points adrift at the bottom of the table from safety. It looked very much like the wombles third year in league 1 would be their last

However, a superb run of form (with one loss in 12 games, and a draw away at runaway league leaders luton thanks to a 94th minute goal) meant that Wimbledon managed to claw back towards safety. Then, on the last day of the season, 1 point at Bradford away in a 0-0 draw was enough to stay in league 1 on goal difference.

It was a nerve wracking 2 months for Wimbledon fans, but they managed to fight and fight, and stay in the league against all odds

…I wrote in last month about how Sol Campbell had done an incredible job at Macclesfield, well yesterday his side secured their place in League Two for another season, a truly outstanding job he has done keeping Macclesfield up since he took over (7 points adrift at the bottom of League 2 and gained only 10 points from 19 Games)

I wonder if he will be looked at this summer for any potential League One or even a Championship managerial role, he would truly deserve it.
Mikey, CFC

Predictions poopooed
Sweet Jesus, I don’t know what Tractor boy Tom is smoking but it’s doing nothing for his clairvoyance…

Madrid and Man U are going to “go mental” – They’ll have to just to refresh inadequate/ageing squads in addition to making any marquee signings. A circa-£250 million budget won’t get them very much in this post-Neymar world. Particularly in the case of Utd there’s a whole raft of players that need to be replaced that’ll take up a large chunk of their spending. I’m not saying they can’t do it, but I’d be surprised in Utd sorted all (or even most) of their issues in a single summer. And that’s assuming Ole is given the huge backing that they’d need to overhaul the team.

Chelsea – a possible transfer ban looming and speculation that Roman is looking to sell up does not sound like a summer of any spending, let alone big. They’ve already got Pulisic in circumstances that make you suspect the transfer ban could be for real. All going well perhaps they’d have some Hazard cash to spend but they’d still need to adequately replace him, complement that with better players, shift out the dross, and restructure the squad.

Spurs – they’ll sign the “up and coming” talents that Liverpool would have targeted (but won’t buy as they’re unwilling to participate in). Of course they’ll immediately settle in and improve Spurs (unless they do in fact end up signing for Liverpool in which case they’ll take an age to acclimatise).

Tom can “imagine Barca and Madrid will snap up Salah and Mane” – I can imagine Jennifer Lawrence sitting on my face but that doesn’t make it real Tom. If Liverpool were to sell these two it’d be at least £100-£150 million each. And of course Liverpool would then just sit on the £200-£300 million proceeds as they’re “unable/unwilling to compete”. Give me strength…

Losing Klopp – Sorry Tom but whatever the voices inside your head are telling you, it’s not happening. The guy has another four years on his contract, has earlier this season reiterated his commitment to Liverpool following speculative links to Germany/Bayern Munich and has spoken in the past of being unable to speak Spanish so he wouldn’t coach there. But most pertinently, he’s not going to abandon this Liverpool team ‘mid-project’. It’s just not his MO regardless of what the spirits may have told you.
Andy, an exiled red, dispelling myths