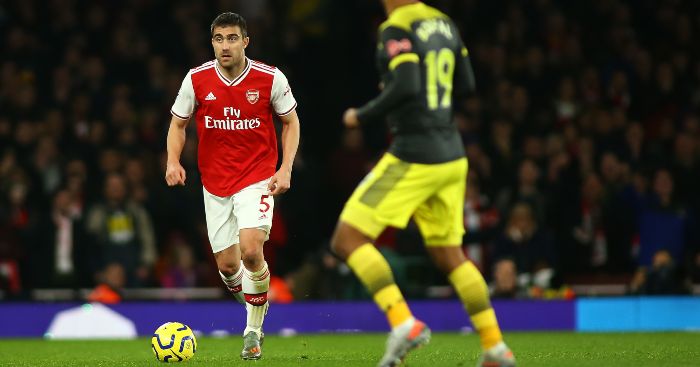 Liverpool have made contact with Sokratis Papastathopoulos after he was released by fellow Premier League side Arsenal, according to reports.

Jurgen Klopp’s men are currently suffering from a number of injuries at centre-half with Joe Gomez and Virgil van Dijk both ruled out for most of the season.

Midfielder Fabinho has been forced to cover there while Jordan Henderson, Rhys Williams and Nathaniel Phillips have all been called upon, with Joel Matip in and out the side with his own injury issues.

MAILBOX: Liverpool’s best midfield has Thiago on the bench…

And there have been rumours that Liverpool could look to bring in a centre-back in the January transfer window with Klopp admitting that “it would help, 100 per cent”.

And now The Athletic claim that ‘various avenues’ are being explored and that Liverpool ‘made contact towards the end of last week’ with Sokratis following his release at Arsenal.

However, the ‘conversation is not thought to have progressed past checking on his situation’ and the report adds that Klopp ‘will not be reunited’ with Sokratis, who he worked with at Borussia Dortmund.

The 32-year-old joined Arsenal from Dortmund in July 2018 for an undisclosed fee and went on to make 69 appearances.

In a statement last Wednesday, the Gunners said: “Working closely with Sokratis and his team, we have decided to cancel his contract by mutual consent.

“This gives Papa the freedom to negotiate a contract with a new club and return to action as soon as possible.”

Sokratis was out of contract at the Emirates Stadium this summer and technical director Edu sent his thanks to the departing defender.

“On behalf of Mikel, our coaches, players and everyone at the club, I would like to thank Papa for his contribution to the club,” Edu said.

“He has been an important part of our group and has been a model professional throughout. The negotiations to end his contract have been collaborative and we wish Papa and his family well for the future.”