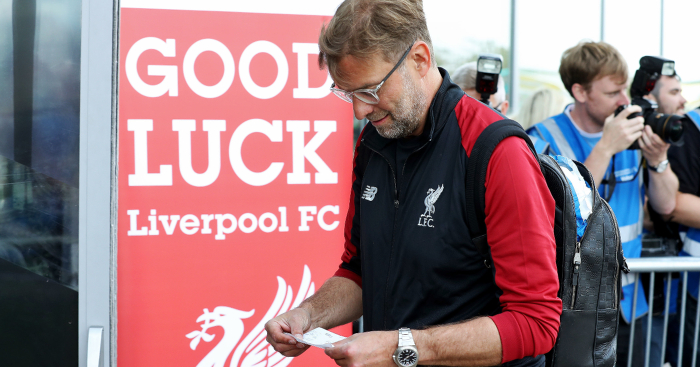 There is only so long you can sell consistency as progress. As admirable as standing still can be in the face of football’s intense and ever-changing winds, it is impossible to not want to take a step forward. The danger is that you could lose your footing and slip further down the mountain, but the prospect of keeping your balance and scaling the summit is difficult to resist.

Liverpool will have looked on with envy as Manchester City navigated the course with ease last season. Pep Guardiola was given the best, most expensive equipment on offer and promptly sauntered from third to first. The Reds will have also greeted Manchester United with a mournful wave as they climbed laboriously but successfully from sixth to second. But the public descents suffered by champions Chelsea and Arsenal offered a reminder of just how precarious a position those at the top find themselves in.

The higher they are, the harder they fall – unless you strap yourself into a harness and follow as many safety procedures as possible. Liverpool contented themselves with a second consecutive fourth-place finish, the first time they had qualified for the Champions League in successive seasons for nine years. They had moved forward without ever really moving at all domestically.

“The target is qualifying for the Champions League,” said Jurgen Klopp in May, with two games left of the campaign. “It was actually the main target we had at the start of the season. You want to be champions but it was clear after a few months that would not be possible.”

The German would add that finishing fourth “would be a massive success”, but that is simply no longer the case. The goalposts have not just moved, they have changed post codes. And Liverpool now have the most expensive goalkeeper in history between them.

With the arrival of Alisson, the Reds can no longer go fourth and prosper. This is a statement of intent, a marker laid down for the rest of the Premier League to quietly admire or enviously admonish. Mere Champions League qualification will no longer suffice; a title challenge or trophy has to be delivered. A potential spend of more than £250m since January demands nothing less.

Klopp insisted in April that he did not “fear the challenge” of toppling City this season, and has wasted little time in providing the proof. There is one year left for him to fulfil his promise of winning silverware at Anfield, and he is not about to let a goalkeeper allow the opportunity to slip through his fingers.

In looking to upgrade on Loris Karius, Klopp has removed the target from his compatriot’s back and placed it squarely on his own. He has removed the final legitimate excuse Liverpool had for not realising their full potential, answered the last question as to why their trophy drought had continued and destroyed the remaining obstacle to success.

The safety net has been cast aside, and Liverpool are looking up rather than down or straight ahead. The irony is that they can – and did – beat City, but have still had to join them as they look to scale the domestic and European peak. They will have either made a molehill out of a mountain, or will find themselves crashing back down to earth before long.

With huge spending comes added scrutiny; Klopp knows as much. A massive Liverpool season lies ahead. There are no caveats this time.