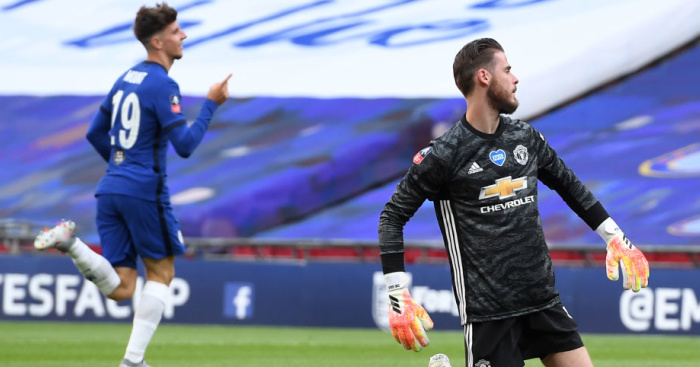 A long, long time ago…
It’s now like the wild west out there – with slumping ad revenues and dwindling newspaper sales, media companies want (nay, need) clicks and they want (nay, need) them now. There are no longer any rules.

Mediawatch has noted a growing trend for taking old quotes and delivering them as new news; scan down the paragraphs and it becomes clear that these quotes were said months ago, or written years ago in an old autobiography.

But it seems you no longer even have to admit they are old quotes; just deliver them as new ones and watch the clicks come a-rolling in.

Now quite how Mourinho was in a position to comment on ‘David de Gea’s errors this season’ way back in September 2019 is a mystery. And yes, the Mirror did report on those quotes back then too.

And of course, where one leads, everybody else must follow…

‘Jose Mourinho slams Man Utd for giving ‘lucky’ De Gea a new £375k-a-week deal while he had no other transfer offers’ – The Sun online.

At least the Mail had the self-respect to use the past tense; we give them 2/10.

They have a new potential record goalscorer?

Chain reaction
‘Harry Maguire’s reaction to David De Gea’s shocking error against Chelsea’ is a headline that – even from the Metro – suggests that you have some quotes from Harry Maguire.

So what was Maguire’s ‘reaction’?

‘Maguire could barely contain his reaction, as the United captain was seen with his hands over his face in disbelief at the mistake.’

It’s all about those Reds
When something is trending, you know who will be along any minute…

‘Reason for Liverpool’s title success is about to become clear, and David de Gea should take note’ – Liverpool.com

If only De Gea had realised that he needed ‘excellence in every department’ to be a better goalkeeper. Take note indeed.

Sorry, but “it didn’t work today” does not count as an ‘explanation’; we could have told you that from looking at the sodding scoreline.

Sorry, but “it didn’t work today” does not count as an ‘admission’; we could have told you that from looking at the sodding scoreline.

Quote marks around ‘nearly done’, is it?

Anybody actually saying it’s ‘nearly done’? Are they f***.

Why? Because it’s not.

b) she’s not a ‘mystery woman’; you just don’t know her name because she was wearing a bikini and obviously the tag had fallen off.

Hey Jude!
In case you missed it, it turns out that Manchester United not signing Jude Bellingham is actually excellent news. Or at least according to Manchester United cheerleader Jack Otway of the Express website.

Wonderkids? James Garner and Dylan Levitt are 19 years old and have played eight minutes of Premier League football between them this season; Manchester United signing Jude Bellingham would have been just about the least of their worries.

Tip-top condition
Credit to the Mirror for not pretending that Jadon Sancho is about to join Manchester United with the headline on their LIVE blog:

‘Tipped’ by former Spurs defender Gary Stevens. And he should know.

‘Tipped’ by Mark Bosnich. And he really should know.