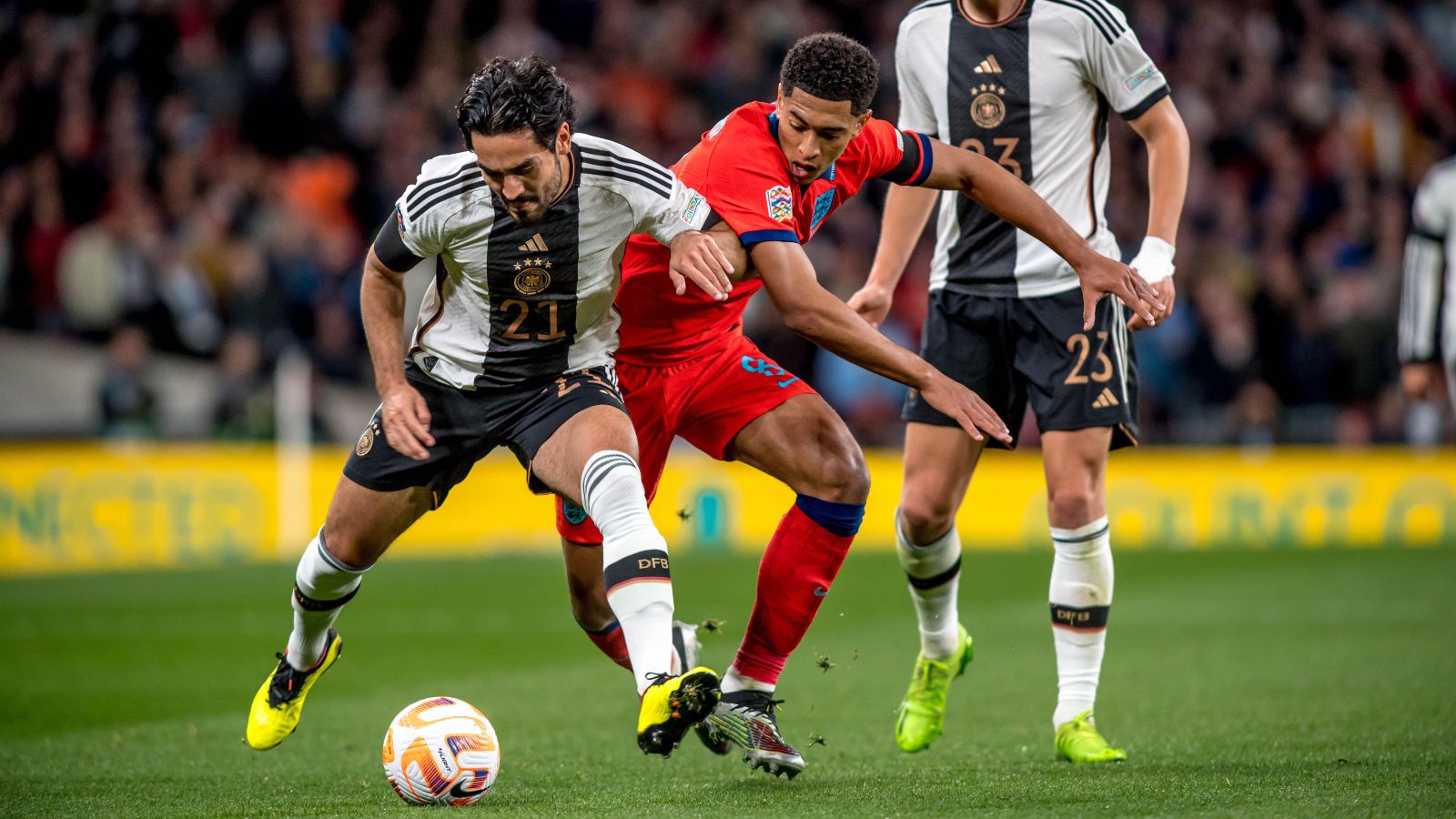 Premier League champions Man City are looking into the possibility of signing Borussia Dortmund midfielder Jude Bellingham in the summer, according to reports.

The England international’s rise to stardom has been rapid with the 19-year-old already playing 100 matches for Dortmund since joining from Championship side Birmingham City for an initial £25m.

His performances for the Bundesliga side have seen him win 17 caps for England and numerous admirers around European football.

There was a report on Monday in Spanish publication Marca that claimed Spanish giants Real Madrid were winning the race to sign Bellingham in the summer transfer window.

Marca insisted that Bellingham had received numerous offers from Premier League clubs but that he was set to reject them all to move to La Liga with Los Blancos.

That was followed up yesterday by a report in the Daily Telegraph which suggested Chelsea are set to ‘gatecrash the race’ for Bellingham as Todd Boehly looks to make him a top summer target.

With Liverpool and Real Madrid interested in Bellingham, Chelsea are ‘attempting to muscle their way’ alongside the pair ‘at the front of the queue’ for the youngster.

Chelsea owner Boehly is understood to be attempting to ‘foster key relationships’ with Bellingham’s representatives and Dortmund in an attempt to get into pole position.

But now The Times have the latest on interest from Man City, who they say have added Bellingham to their ‘shortlist’ for the summer transfer window.

The England international ‘impressed City staff with his performance in Dortmund’s 2-1 defeat at the Etihad Stadium this month’ but command a fee of around £100m.

Man City director of football Txiki Begiristain ‘has drawn up a list of transfer options to boost their midfield ranks for the next campaign’ with Ilkay Gundogan out of contract at the end of this season, while there is uncertainty about Bernardo Silva’s future.

The Citizens are ‘planning to hold talk’ with Silva as speculation increases that La Liga giants Barcelona ‘will make him their top transfer target next summer’.

In order to get their summer transfer plans in order, Man City ‘want to know whether he intends to leave at the end of this campaign’ with Barcelona pulling out of  a deal in the last window because they couldn’t afford City’s £80 million-plus asking price.

The Times add that the Man City ‘hierarchy are relaxed about the situation but they also need to start formulating their own transfer plans for next summer’.