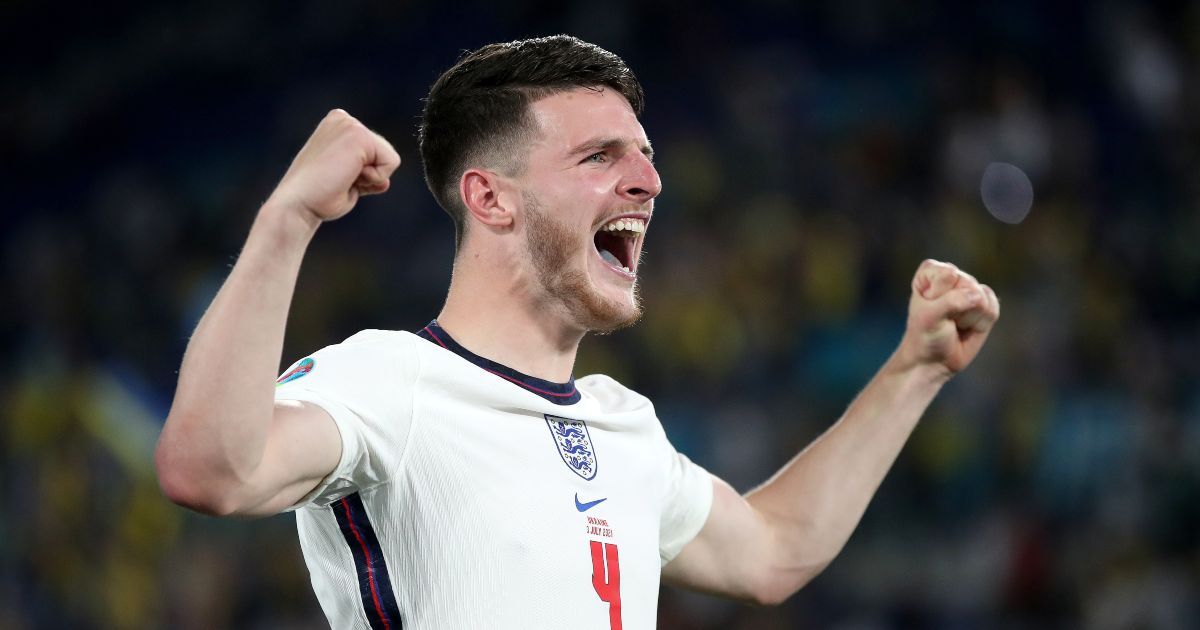 John Barnes thinks West Ham midfielder Declan Rice “would be a good fit” at Liverpool if Jurgen Klopp brings him in this summer.

The Reds have been linked with Rice but it has been Chelsea and Man Utd who have seemed most likely to land the England international if he was available.

In June, Eurosport claimed that Man Utd and Liverpool were ‘assured by people acting on behalf of the player that he would consider leaving London when he does leave the London Stadium’.

That same report said that Rice has become ‘increasingly open to the idea of leaving’ West Ham this summer.

And Barnes thinks Liverpool need a midfielder like Rice as they have enough creative players in their side at the moment.

Barnes told BonusCodeBets: “There have been suggestions that Declan Rice is a target for Liverpool and he would be a good fit for them. Liverpool like central midfield players who work hard.

“Declan Rice isn’t going to come in and score lots of goals, he’s not going to be creative, he’s not a midfield player like David Silva, Kevin De Bruyne or Ilkay Gundogan, but Liverpool don’t need that.

“The kind of players Liverpool need are players like Rice or Yves Bissouma, hard-working midfield players who get the ball forward, make tackles, win the ball and keep it quite simple.

“He’s similar to Jordan Henderson in that way. So if he wants to come to Liverpool, he has the right profile for them.”

Barnes reckons Rice and fellow England midfielder Kalvin Phillips have been their two most important players at Euro 2020.

He added: “I’m now much more confident about England’s chances in the tournament than I was before the Ukraine match. That was a great performance, our best of the tournament.

“Harry Kane scored two goals and is looking back to his best. If England are going to go further in the competition and win it, we need Harry Kane in that kind of form. And again we didn’t concede a goal, which is a bonus.

“I’ve said before that the leaders in the team needed to be Kane, Sterling and Maguire, and all of them stepped up in Rome, but the important part of the team are the two midfield players, Phillips and Rice. They’re the main reason we haven’t conceded a goal so far.

“Opponents have got at our back four easily at times – look at the Scotland game – but those two players have really protected the back four, so they deserve special credit.

“People are saying they [England] should leave one of them out, because they think the solution is to play more attacking players, but the balance they give the team is so important.”