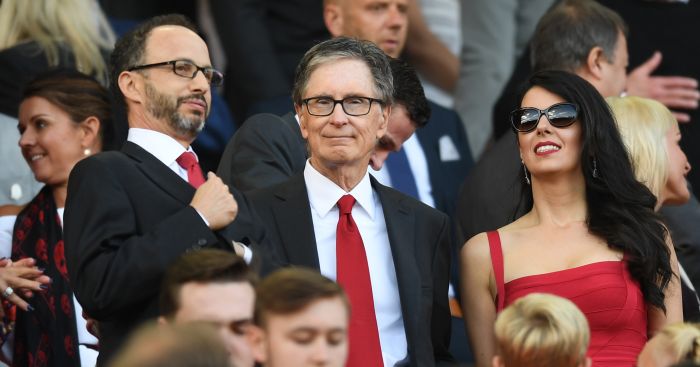 Earlier this month the New York Post claimed that “Liverpool FC is quietly on the market” and that John W Henry was looking for a price “north of £1.53billion”.

Henry, who also owns the Boston Red Sox, originally bought Liverpool for £365million in 2010 and so his reported valuation would see the Illinois-born businessman make a huge profit on the Merseyside club.

Henry’s baseball team the Red Sox recently beat the Los Angeles Dodgers to win the World Series, but while that was happening Henry was a running a “passive sales process” for Liverpool, according to the report.

The US paper also claimed that two different sources have verified the news that Henry was open to selling the Premier League club.

Moore though has dispelled the story and has stated that FSG are committed to theclub for the long haul.

Moore said: “The owners, since they took over the club as stewards, have invested £2m in capital investment, that’s building things, investing in technology and investing in this new main stand.

“Investing as we are right now in Kirkby where we are building a brand new performance centre for our first time. For the first time ever we will have our first team and our academy together.

“That’s a £50m investment right there. I think what we have is an ownership group that totally understands what it means to be in charge of this football club.

“They believe in what’s going on under Jurgen Klopp on the pitch, what’s going under Michael Edwards our sporting director.

“In the back rooms of Melwood, soon to be Kirkby, and hopefully they believe in what we are doing and what my team is doing in the business of football.

“That this to become a self-sustaining business model that can refresh itself every single year. In a nutshell, great owners, understanding owners, patient capital that is building for the future.”