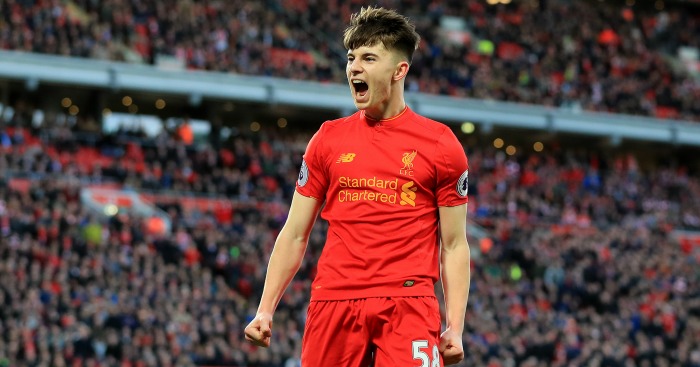 Steven Gerrard says that Liverpool’s youth teams “will enjoy” Ben Woodburn when he is away from the first team.

The 17-year-old is highly thought of by Jurgen Klopp and his coaching staff, but they are wary of the need for playing opportunities.

Gerrard, who is coaching the club’s Under-19s in the UEFA Youth League, says he will play the winger whenever he is available, and he captained the young Reds’ 4-0 victory over Sevilla in midweek.

“I’d love to have Ben Woodburn but he’s part of the first team,” he told the Liverpool Echo.

“But he does need to play football matches and if at the right time he’s available we’ll use him and we’ll enjoy him, because he’s a fantastic footballer.

“I thought he was superb, he came in yesterday for a training session with a smile on his face.

“The players loved having him there and playing alongside him, and I think he enjoyed being back down here playing with some of his friends.”