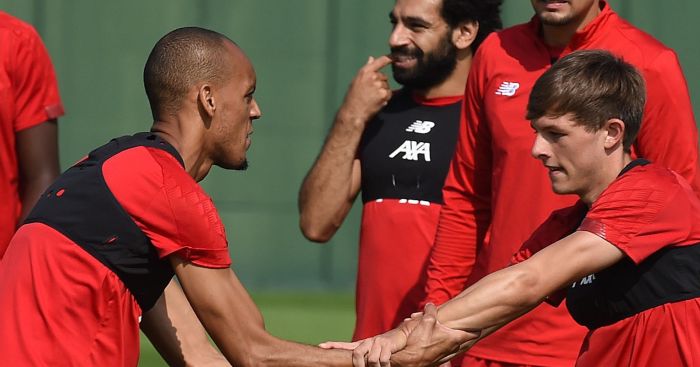 Liverpool assistant manager Lijnders has spoken of the club’s decision to call up a number of Academy players to train with the first team during the international break.

Far from making up the numbers, Liverpool consider this a crucial aspect of their development.

Assistant manager Lijnders says “for them to train with our seniors is irreplaceable”, while picking out Clarkson in particular as a player “we really like”.

The 17-year-old midfielder signed his first professional contract in July and has already caught the eye of the Liverpool coaches.

“Leighton Clarkson, who sees with his own eyes the constant runs of Sadio and Mo in behind,” he told Liverpoolfc.com. “He has the capacity to play the passes these type of forwards like to receive, he is the type of No.6 we really like, the one who can dictate play, but dictate with direction, who can speed up the tempo of the positional play, the one who has always time on the ball.”

Asked what the Academy players have been doing with the seniors not on international duty during the break, Lijnders replied: “Two days of intense training.

“We have specific exercises like the ‘counter-pressing rondo’, the ‘identity game’, ‘organised chaos’ or the ‘high-intensity game’. They all experienced these specific exercises throughout these two days, it was like a little training camp for them.

“There is no better education than good role models, so for them to train with our seniors is irreplaceable.

“In the ‘identity game’ – a set-up of three teams fighting to earn the right to attack – our seniors were divided over three teams as the captains.

“You see so many incredible processes happening in the rest periods. Again, talent needs good role models, much more than criticism. Then you see how special our seniors are. The boys receive the treatment they earn and deserve, equal to our seniors, equal to everyone, it works accumulatively.