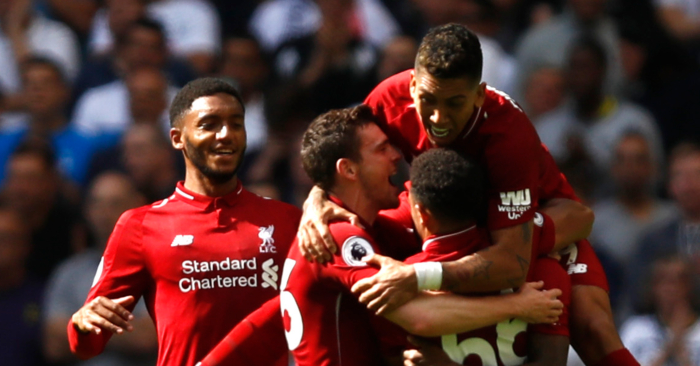 Lijnders believes Roberto Firmino and Georginio Wijnaldum encapsulate the Liverpool ethos best as they “are responsible for everything”.

“I would say that Gini and Bobby represent ‘our way’ in the best way possible,” Lijnders told Goal.com.

“Because we want players who are responsible for everything.

“Gini is a player who can drop and create three at the back for a short period of time, bring the ball out, and at the same time turn in midfield and find somebody straight away in between the lines.

“And then he can pass and move into the last line or even over the last line. He can arrive in scoring areas, he can head, he can score.

“He’s also still learning. Football is a game where you never stop learning and he’s becoming a better player. I think he represents what we want in a player, really well.”