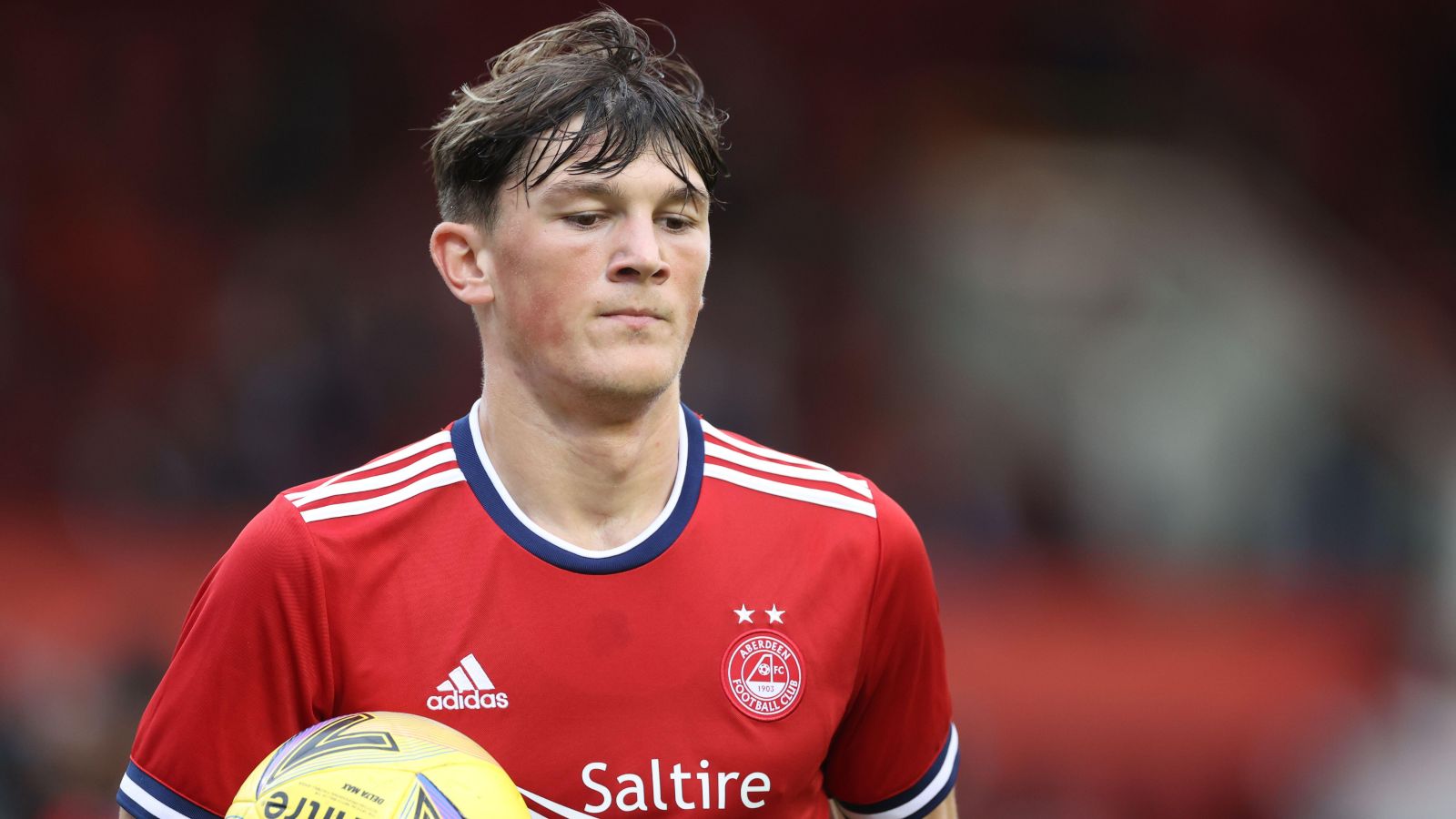 Liverpool have completed the signing of Scotland Under-21 defender Calvin Ramsay from Aberdeen, subject to international clearance.

The 18-year-old joins the Premier League club on a “long-term contract” in a deal believed to be worth an initial £4million.

“It was a dream come true to play for Aberdeen, and now to be at one of the biggest, if not the biggest club in the world, it’s a massive achievement and I’m looking forward to trying to show the fans what I’ve got.”

Ramsay could eventually cost Liverpool up to £6.5million due to appearance-related add-ons.

The right-back progressed through the youth ranks at Aberdeen, making his senior debut in March 2021 and playing 39 times in total, scoring once.

He is Jurgen Klopp’s third signing of the summer window following the potential club-record arrival of Darwin Nunez from Benfica and the announcement that Fabio Carvalho will officially join the club from Fulham on July 1.

“There’s obviously a pathway here – that’s one of the reasons I chose it as well,” added Ramsay, who has been capped three times by his country at Under-21 level.

“It’s not just a massive club, they give young players chances in the first team.

“So if I can come in in pre-season, put my mark down, then there’s no reason why I can’t push to get in the first-team squad.”

Ramsay’s departure is a club-record sale for the Scottish Premiership side, surpassing the reported £3million fee received in September 2020 when Scott McKenna moved to Nottingham Forest.

Dons manager Jim Goodwin told his club’s website: “Liverpool are very lucky, they are getting a promising young talent.

“His stats in the first half of last season were amongst the top for full-backs in the world.

“We certainly had high hopes for him and I’ve no doubt he will go from strength to strength in a very good team at Liverpool.”