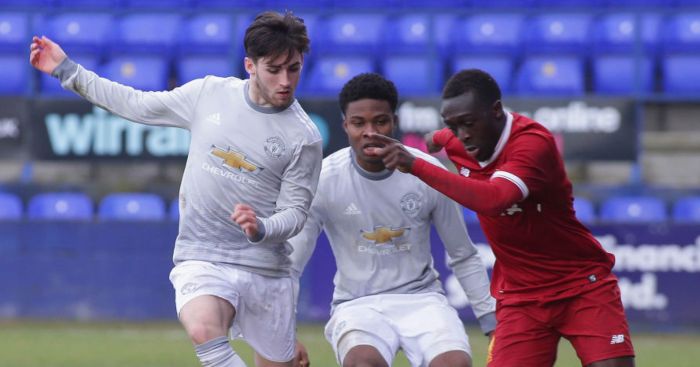 Liverpool are debating whether to lodge an official complaint with FIFA over the potential tapping up of striker Bobby Adekanye.

Lazio signed Adekanye on Tuesday after he allowed his Liverpool contract to expire this summer.

The striker, signed by Brendan Rodgers from Barcelona in July 2015, admitted “that trust is no longer there” with Jurgen Klopp in March after first-team opportunities were not forthcoming.

Adekanye added that clubs in Italy, Spain and the Netherlands were interested in signing him, with Lazio named specifically.

But FIFA rules dictate that players aged 23 or under – Adekanye is 20 – cannot negotiate a Bosman deal with foreign clubs during the final six months of their contract.

Liverpool suspect that Lazio spoke to the Nigerian long before completing the move, and the London Evening Standard say they ‘have expressed concern’ to FIFA over the transfer.

The Liverpool Echo adds that the European champions ‘are concerned’ the player ‘was approached’ before his departure, which will land them £240,000 in training compensation.