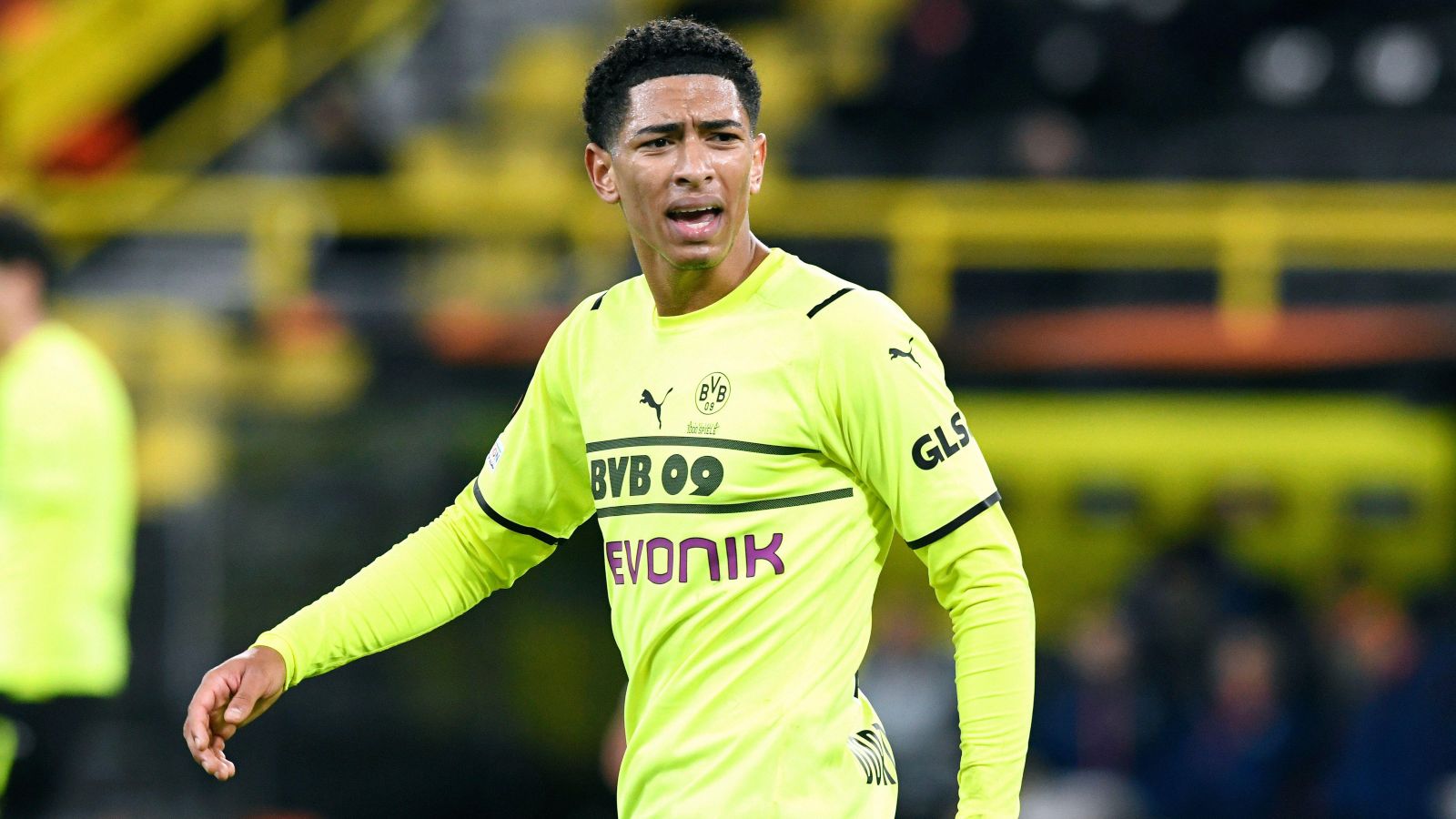 Liverpool believe they are now leading the race to sign Borussia Dortmund midfielder Jude Bellingham with Manchester City set to sign Kalvin Phillips, according to reports.

Widespread reports claimed on Friday that City had struck a deal to sign Phillips from Leeds United this summer with the two clubs set to finalise the last details of a transfer soon.

Phillips will provide Pep Guardiola with more options in midfield next season and, at 26, the England international could be playing for City for many years if all goes well.

And that deal could see City end their long-standing interest in Dortmund midfielder Bellingham with the Daily Mirror claiming that Liverpool ‘believe that Manchester City signing Kalvin Phillips will put them in pole position to land Jude Bellingham next summer’.

Liverpool have made moves for Fabio Carvalho, Darwin Nunez and Calvin Ramsay this summer with the club unlikely to make any more purchases this window, although they have been linked with Porto winger Otavio today.

And recent reports insist they will target Bellingham – who will not be sold this summer after Erling Haaland left Dortmund for City – next summer as Jurgen Klopp waits to bring in the right player to strengthen his midfield.

The Daily Mirror adds that ‘there is an expectation that the Germans could be more conducive to potential bids next summer’ with Liverpool now ‘confident they will win the race’ as Man City line up a transfer for Phillips.

Bellingham would face a ‘fight for regular football’ at the Etihad Stadium while it ‘should be on offer more readily on Merseyside’.

Phillips could struggle to hold down a regular place in Guardiola’s side next season with former Leeds United right-back Danny Mills claiming his first season at City is “not going to be easy”.