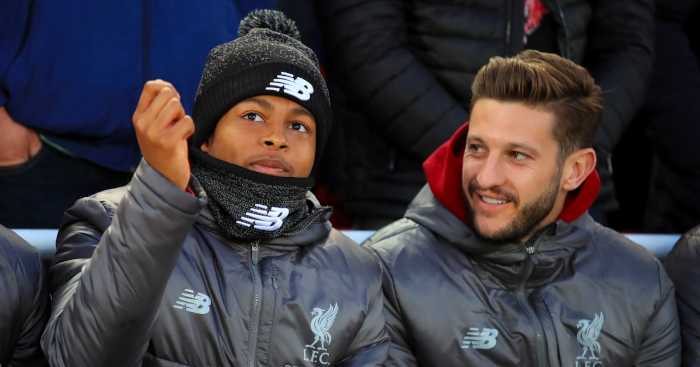 Liverpool have confirmed that ‘a change in UEFA regulations’ will allow teams to name as many as 12 substitutes for the Champions and Europa League finals.

While the tournaments ordinarily restrict matchday squads to a limit of 18 players, Liverpool, Tottenham, Arsenal and Chelsea will be permitted to name 23 in their respective finals.

The four clubs will also be allowed to make an additional substitute on top of the maximum three if the games go to extra-time.

Liverpool face Tottenham in Madrid on June 1 in a sh*t or bust game for the Reds, with the latter featuring in their first European final since 1984.

Jurgen Klopp will be spared a similar selection headache to the one he endured last season, when he opted to leave Danny Ings out in favour of Dominic Solanke against Real Madrid. Daniel Sturridge, Rhian Brewster, Adam Lallana and Alex Oxlade-Chamberlain are all expected to make the squad.

It will be fun to see how many places Tottenham use, mind.