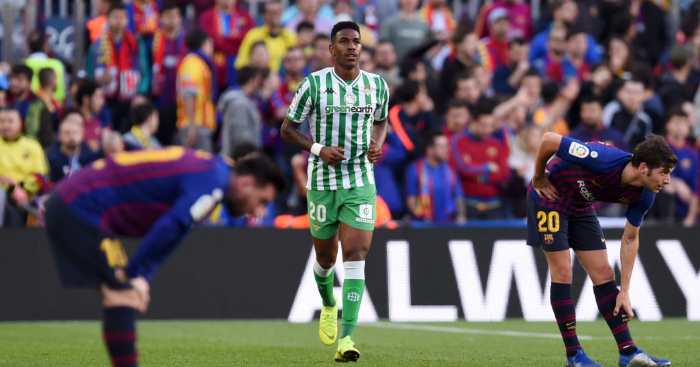 Liverpool are thinking about making an offer for Real Betis defender Junior Firpo, according to reports.

The Reds are currently light in the left-back area of their squad after Alberto Moreno‘s departure on a free transfer this summer.

Andy Robertson is the first-choice left-back at the club following an unbelievable season that saw him contribute 11 assists for his Liverpool team-mates.

And Sport claims that Liverpool are hoping to address the squad depth issue by considering a €50m bid for Firpo that would trigger his release clause.

The Reds aren’t the only potential suitors for Firpo, though, with Manchester United and Arsenal both linked with the Spaniard.

And the report adds that Betis don’t want to lose Firpo and will not consider anything below his release clause.

Liverpool’s transfer outlay this summer is expected to be a lot less than the last with replacements for Moreno and Daniel Strurridge thought to be high up their list.