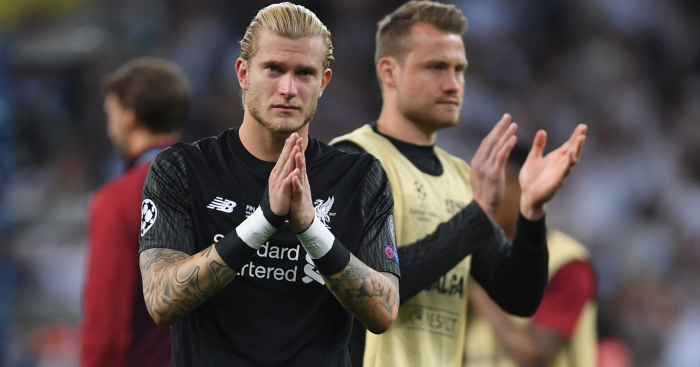 The future of both keepers has been the subject of speculation all summer, even before the Reds secured the £65million signing of Alisson from Roma.

Karius ended last season as No.1 but a series of mistakes culminating in two calamitous errors in the Champions League forced Jurgen Klopp to pay a world record fee for a goalkeeper.

Mignolet was expected to move on this summer after losing his place to Karius and the Belgian has been linked with Barcelona and Besiktas.

Karius is understood to be the subject of interest from Bayer Leverkusen and, according to The Telegraph, Liverpool could cash in on both keepers before next Thursday’s deadline.

Klopp is said to have been impressed with the performances of young keepers Kamil Grabara and Caoimhin Kelleher on the club’s USA tour.